View projects and services in China.

China and IFAD share the common goal of a world free of hunger. Since 1981, IFAD has been working with China to reduce poverty and increase food and nutrition security in rural areas. Most IFAD-funded programmes and projects in China operate in remote and mountainous regions, where there are large numbers of poor indigenous people. In recent years, IFAD’s support has been shifting from traditional food production to more diverse and innovative activities such as building climate resilience, improving access to market, enhancing rural financial services, and knowledge sharing, including through South-South and Triangular Cooperation (SSTC).

China is both a recipient of IFAD’s investments and a significant contributor in terms of financial support and policy engagement. China’s role as a contributor is increasing rapidly, benefiting both IFAD and its members.

China has extensive policy engagement with IFAD. In recent years, IFAD’s President has met with leaders from the State Council, the Ministry of Finance and the Ministry of Agriculture on multiple occasions to discuss and renew joint efforts towards rural poverty reduction. China also engages in policy dialogue through IFAD’s governing bodies, serving on the Executive Board, the Consultation on the Eleventh Replenishment of IFAD’s Resources (IFAD11), the Audit Committee and the Working Group on the Performancebased Allocation System (PBAS). China also currently serves as the convenor of List C Member States. 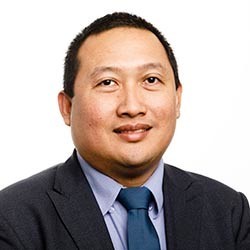 November 2019 - NEWS
With about 60 per cent of the developing world’s rural youth living in Asian and Pacific countries, specific and effective policies and investments are urgently needed to offer them a future, according to a report by the International Fund for Agricultural Development (IFAD) to be presented at Peking University today.