Kuwait played a major role in the establishment of IFAD in 1977 and has been a key supporter of IFAD for the past 43 years. Kuwait’s support to the Fund has been fundamental in combating poverty and strengthening development in developing countries. IFAD has served as an instrument for Kuwait and other Gulf countries to channel resources to developing countries’ agriculture and as a global forum on food security in which Gulf countries have played a key role. Kuwait’s contribution has often represented 1 per cent of IFAD’s replenishment targets.

Through the 2030 Agenda for Sustainable Development, the world has set ambitious objectives to end poverty and hunger, and to overcome inequality in a sustainable manner by 2030. Today, more than ever, Kuwait’s support to the Twelfth Replenishment of IFAD’s Resources (IFAD12) is critical to ensuring increasing investments in rural areas and an even stronger role for IFAD in helping the world’s poorest citizens escape the poverty trap.

Technical Adviser to the Vice-President for Arab Funds 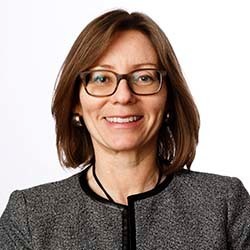