PADES aims to revitalize the rural economy and improve food security and poverty in the regions of Tombali, Quinara, Bolama and Bijagos. About 40 per cent of direct beneficiaries are women and 42 per cent are young people.

Although not a second phase of the previous Projet de Réhabilitation Rurale et de Développement Communautaire (PRRDC), which closed in 2013, PADES draws on some of its activities ─ including community development and microfinance. However, PADES has a stronger economic development focus on infrastructure and the promotion of rice production.

The rehabilitation of mangrove swamps within the project zone for the purpose of rice production is a key feature of PADES. Current rice output meets one third of local demand. 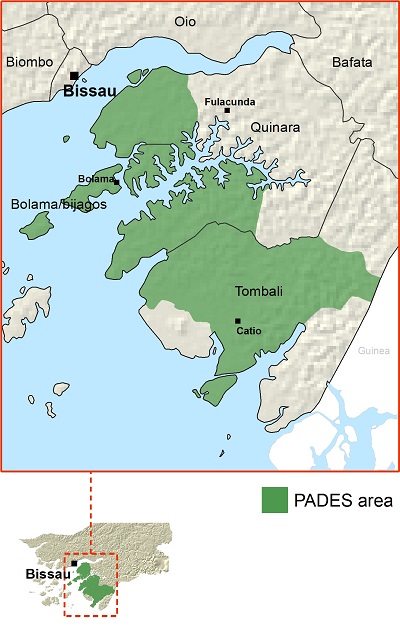