In India, the farmers of the states of Mizoram and Nagaland in the North-Eastern Region have been using a shifting cultivation system known as jhum.

Although the jhum has met the needs of rural communities as a source of food, fibre and energy, it has become unsustainable due to increasing population numbers, soil fertility degradation, topsoil erosion, changing climate patterns and a shift in focus to include producing high-value crops for increased incomes.

Because 60 per cent of the area under food grain cultivation in these regions is covered by the jhum system, there is a great need for development in farming technologies and practices.

The project will focus on communities in the hills of both Mizoram and Nagaland. A total of 201,500 households will directly benefit from the project, most of these being members of tribal villages. 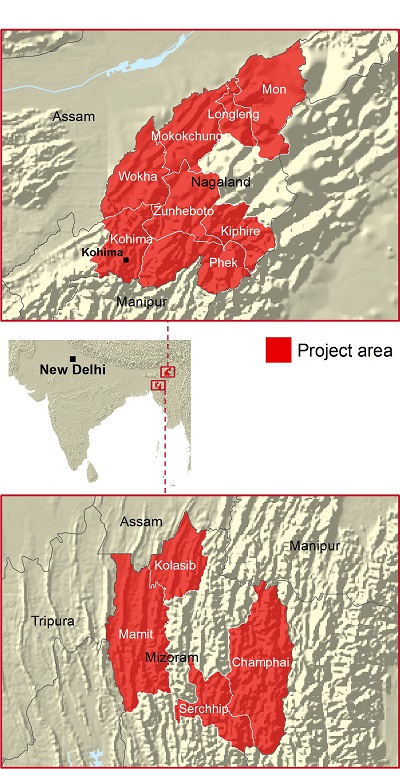