the productivity of the small ruminant sector that faces challenges such as water scarcity, feed shortage and degraded rangelands. It is also intended to assist Syrian refugees and host communities in graduating out of poverty. The rationale behind the project is that many among Syrian refugees and the host communities would graduate out of poverty through productive assets and skills to help them invest in a sustainable source of livelihood that they could not afford otherwise.

Activities are organized in two components:

The project is implemented in the six northern and central governorates of Mafraq, Irbid, Jerash, Ajloun, Madaba and the outskirts of Amman. Primary target groups include some 11,920 households (or 57216 individuals) among vulnerable smallholder livestock farmers. Additionally, the project supports 2,025 Syrian refugee households and 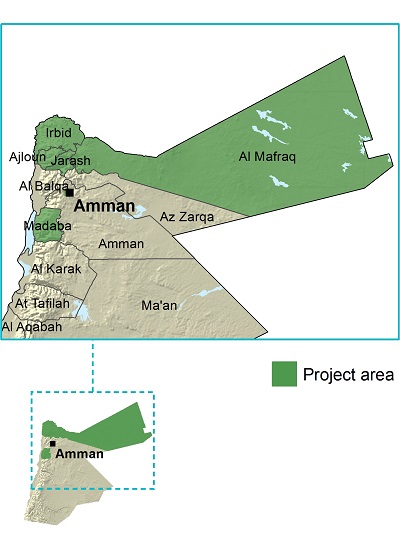