Angola is one of Africa’s most resource-rich countries. It is sub-Saharan Africa’s second-largest oil producer, after Nigeria, and the world’s fourth-largest producer (in value) of diamonds. The country also possesses a wealth of other natural resources, including minerals, water, agriculture, forestry and fisheries.

Two thirds of the population depends on agriculture for food, income and employment, with women providing most of the labour force. An estimated 80 per cent of farmers are smallholders. Their productivity is low and they generally produce little or no surplus.

Prior to independence in 1975, Angola was self-sufficient in key food crops (except wheat) and was an exporter of cash crops, in particular coffee and sugar. The war for independence and lack of investment severely hindered the agriculture and fisheries sectors, and the country has been dependent on food imports since 1990. A mere 10 per cent of the country’s arable land is currently under cultivation, and per-acre productivity is one of the lowest in sub-Saharan Africa.

The country’s 27-year civil war led to a massive exodus from many rural areas as people flocked to towns and cities for safety. Around 4 million people (about one third of the population) were internally displaced at the end of the war in 2002.

Since then much progress has been made. Together with its national and international partners, the Government has developed and implemented programmes to restore order and security, revitalize the economy, restore basic social services and rehabilitate infrastructure.

Despite government demining efforts, landmines and unexploded bombs are a danger to people and a constraint on economic and social recovery.

Social and physical infrastructure is badly damaged. In particular the lack of roads and bridges prevents farmers from getting their products to markets, impeding trade. Farmers also lack access to agricultural inputs and other assets necessary to begin producing again. They need seeds, adequate tools to work the land, animals for traction and fertilizers for areas such as the central highlands, where soil fertility has been depleted.

Activities target the poorest areas of the central highlands. Our projects address vulnerable groups such as women and households headed by women, as well as young people, demobilized soldiers and displaced persons.

Two thirds of the population depends on agriculture for food, income and employment, and women provide most of the labour force.

Since the 1990s, IFAD has supported six programmes in the country for a total of US$76 million, benefiting about 261, 600 poor rural households. 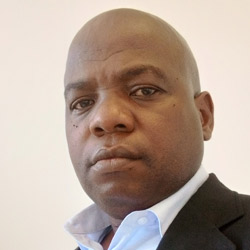 July 2020 - NEWS
The International Fund for Agricultural Development of the United Nations (IFAD) today announced support for a new project to boost agricultural productivity, improve food and nutrition security and build the resilience of at least 218,000 rural families in Angola who are vulnerable to climate shocks.

May 2018 - NEWS
Development projects supported by the International Fund for Agricultural Development (IFAD) have contributed to improve the productivity and production of main staple crops, which enabled households participating in the projects to move beyond subsistence farming, according to the findings of a new evaluation report presented today in Luanda.

May 2018 - NEWS
The Angolan government and IFAD are presenting an analysis of the achievements in their fight against rural poverty and the challenges that lie ahead in the country.
view more

The advantage of investing in sustainable fisheries, aquaculture and coastal communities

November 2019 - BLOG
The fisheries sector is crucial for enhancing healthy diets, as fish are a valuable source of nutrients and micronutrients.
view more