Argentina is the second-largest country in Latin America and has the fourth-largest population (44.5 million). In 2018, 3.6 millions of people lived in rural areas (8%).

With a 2018 gross domestic product (GDP) of more than US$518 billion, the country is one of the largest economies in Latin America. It is among the world’s leading food exporters, with large-scale agricultural and livestock industries. Agricultural exports accounted for more than half of total national export, valued at US$72 billion in 2014.

At least one third of the 3.6 million people in rural areas live in poverty. They have limited access to land, frequently in less productive areas far from larger markets. They also lack land tenure security, innovations to increase their productivity and socio economic opportunities for improving human capital within rural communities.

Rural people have limited access to the technical assistance and financing they can use to modernize production. Because of weak rural organizations and transportation restrictions, smallholders also face difficulties in accessing markets and value chains. Additionally, farmers are increasingly affected by environmental problems linked to climate change, such as more intense and frequent extreme weather events such as droughts and floods. The areas at risk of desertification and water scarcity are increasing.

In Argentina, IFAD loans work to reduce rural poverty by investing in smallholder farmers’ organisations as well as indigenous communities and helping them generate their own income. IFAD activities target the poorest areas of the country and its strategies focus on productive interventions for the poorest small farmers, especially vulnerable groups such as women, young people and, increasingly, indigenous peoples.

Our country programme strategy (2016-2021) is based on national priorities and is structured around three strategic objectives:

Activities preserve the central role played by farmers’ and community organizations in the rural transformation process.

Argentina is the second-largest country in Latin America and has the fourth-largest population with 43 million inhabitants, 8 per cent of whom live in rural areas.

The country is one of the largest economies in Latin America and among the world’s leading food exporters, with large-scale agricultural and livestock industries. 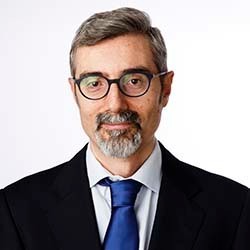 July 2018 - NEWS
Ahead of his address to the Group of Twenty (G20) Ministers of Agriculture Meeting this week, Gilbert F. Houngbo, President of the United Nations International Fund for Agricultural Development (IFAD), offered the institution's full support for efforts to increase the sustainable production of nutritious foods.

November 2017 - NEWS
Gilbert F. Houngbo, President of the International Fund for Agricultural Development of the United Nations (IFAD), will meet with the ministries of foreign affairs, finance and agroindustry on 21 November to discuss the country’s progress and plans in eradicating rural poverty.
view more

November 2017 - STORY
The dry and dusty Tunuyán riverbed contrasts sharply with the dark and heavy clouds that threaten rain. "You are arriving just in time for the rain although, to tell you the truth, this year we have had plenty of it", comments Silvia Gómez, President of the Asociación La Gloriosa, with a smile. She welcomes us to La Gloriosa, in the department of La Paz in Mendoza, Argentina.
VIEW MORE

Investing in rural people in Argentina

September 2017
In Argentina, IFAD helps reduce rural poverty by investing in smallholder farmer organisations and indigenous communities to increase their income. The country programme strategy (2016-2021) is based on national priorities and has three strategic objectives focusing on income and strategic opportunities; human and social capital; and institutional development. The strategy emphasizes the central role farmer and community organizations play in rural transformation processes. Key activities include: • bolstering the economic sustainability of families and organizations by improving and diversifying productive activities, building resilience, improving their negotiating power in value chains, and promoting good nutritional practices • strengthening the capacity of poor rural people and organizations by improving their managerial capacity, socio-economic condition, and their ability to engage in dialogue with the public sector • building the capacity of government institutions to support rural development.
view more