Azerbaijan is a middle-income country with a gross national income per capita of US$4,760 (2016) and an estimated population of 9.9 million people (2018). The oil and gas sectors generate almost 60 per cent of the country’s gross domestic product (GDP).

Azerbaijan faced a multifaceted crisis in 2016 when low oil prices led to a contraction of the economy, along with a currency devaluation and a rise in inflation. The government has since adopted a number of strategies to diversify the economy and strengthen the agriculture sector. Increased focus on the agriculture sector is an important step because, although farming contributes only six per cent of GDP, it has great potential for stimulating growth of the non-oil sector, job creation and increasing food security in the country.

Raising livestock, mainly cattle and sheep, accounts for nearly half of agricultural production by value. Most farms are made up of several plots each of 1-3 ha, and a typical farm may have just 3-10 livestock.

Smallholder farmers generally have scarce financial means and make limited profits from farming activities. Climate change is an increasing challenge for smallholder farmers, while soil erosion threatens sustainability. The Government is striving to implement strategies to address these hazards and to help the rural poor achieve lasting improvements in their living standards.

Our country strategy programme (COSOP) in the country has three main objectives:

Good results have emerged from completed projects. For example, the Farm Privatization Project pioneered a land redistribution initiative that led to the revival of the rural sector and assisted Azerbaijan in its transformation into a market-based economy. The project enabled land title registration to take place and contributed to the emergence of a land market. The project also pioneered the establishment and support of water users associations, demonstrating the practicability of participatory irrigation management. The Rural Development Programme for Mountainous and Highland Areas focused on community-based participatory development and social infrastructure investment, including income-generation support in crop and livestock productivity, processing and marketing. The programme made good progress in the uptake of livestock improvement services, establishment of local groups and producer associations, the introduction of bee-keeping, provision of rural financial services, enterprise development and gender mainstreaming.

Farming provides 6 per cent of Azerbaijan’s GDP, is a major contributor to its non-oil economy and has great potential for stimulating growth, job creation and food security.

About 47 per cent of the population lives in rural areas, and about 39 per cent of employment is in agriculture and agro-processing. 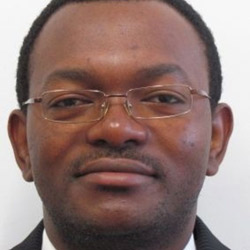 Investing in rural people in Azerbaijan

October 2018
IFAD has enjoyed a long history of a strong and successful partnership with the Government of Azerbaijan in rural poverty reduction and overall agricultural development efforts, with focused interventions in remote and sometimes difficult to reach areas of the country where extreme pockets of poverty exist.
view more