Cabo Verde has very limited natural and mineral resources and a significant structural trade deficit because it imports food and fuel. However, tourism provides a growing source of employment, economic activity and foreign exchange.

Thanks to good governance and sound macroeconomic management since independence in 1975, and assisted by remittances from migrants equivalent to 9.4 per cent of GDP and international aid, the country ranks 126 on the Human Development Index (2019).

Only 10 per cent of the country is arable land. Farming, pastoralism and forestry are highly vulnerable because of poor natural resources, an arid climate and the prevalence of traditional low intensive farming systems. The average smallholding is just 1.26 ha.

Nationwide, 26.6 per cent of people live in poverty, but in rural areas the proportion rises to 44.3 and is particularly high among households headed by women.

Since 1978 IFAD has supported five programmes and projects in Cape Verde totalling US$43.6 million, benefiting more than 65,000 rural households. 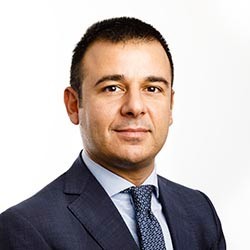 The power of options

March 2021 - STORY
Like other women on Santiago, the largest island of Cabo Verde, Maria Lizita Varela used to rely on sand extraction as a source of income. It was thankless, dangerous work.
VIEW MORE

Cabo Verde, islands at the forefront of climate-resilient development

March 2019 - BLOG
This week I had the chance to witness the impressive resilience and creativity of people working to improve agriculture in Cabo Verde.
view more