Over the past 25 years, the Dominican Republic has enjoyed one of the strongest growth rates in Latin America and the Caribbean. Recent growth has been driven by construction, manufacturing and tourism.

Despite its strong growth and macroeconomic stability, the country has not witnessed significant social improvements until very recently. In 2013, more than one-third of the country’s total population lived in poverty, and 2.3 per cent lived in extreme poverty. In rural areas, poor people constitute half of the population.

Agriculture is the fourth-largest economic sector in the country, employing 12.6 per cent of the economically active population in 2016. However, traditional agriculture has been declining since the early 1980s, and extremely poor rural households increasingly depend on supplemental non-farm income for survival. The country’s poor farmers have little land and their production is too low to enable them to maintain their families.

Additionally, lack of access to financial resources and outreach systems prevents farmers from adopting the technologies they need to improve their production and incomes. Natural disasters are also a recurring threat to the living conditions and incomes of the rural population.

In the Dominican Republic, IFAD loans work to improve the well-being of the country's poor and extremely poor rural people by improving their income-earning capacity.

The aim is to empower rural people's organizations in the border areas in order to improve poor people's living conditions and strengthen their socio-political role. 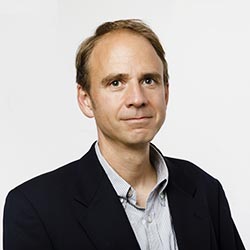 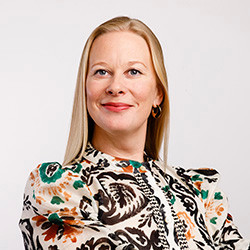 November 2017 - NEWS
Gilbert F. Houngbo, President of the International Fund for Agricultural Development of the United Nations (IFAD), will meet with the President of the Dominican Republic, Danilo Medina Sánchez, on 10 November at the National Palace to discuss a renewed partnership to alleviate rural poverty and to promote inclusion and resilience to climate change and natural disasters such as the hurricanes Irma and Maria that hit hard the Dominican Republic in September.

May 2016 - NEWS
San Salvador, 18 May 2016 –Promoting pro-family farming policies in support of inclusive, democratic governance and poverty reduction are the objectives
VIEW MORE

How avocados are making a difference in the Dominican Republic

December 2017 - STORY
Marielena and Julio come from the town of San Cristóbal, Dominican Republic, where a small green fruit – the avocado – has changing their lives and that of their community.

Haiti: Sharing knowledge across the border with the Dominican Republic

March 2015 - STORY
The border between Haiti and the Dominican Republic is a poor region, but it is critically important to both countries. On the Haitian side, in particular, there is substantial yet unexploited economic potential.
VIEW MORE

Investing in rural people in the Dominican Republic

October 2017
Over the past 25 years, the Dominican Republic has enjoyed one of the strongest growth rates in Latin America and the Caribbean. Recent growth has been driven by construction, manufacturing and tourism.
VIEW MORE

The Dominican Republic: Partnering for Profit

October 2017 - VIDEO
In the Dominican Republic, a unique alliance between the private sector and the government transforms small producers' organizations into successful, sustainable businesses through a nationwide mentorship programme.
VIEW MORE