Ecuador is a middle-income country with an economy highly dependent on oil and export agriculture. In the last 10 years, Ecuador made remarkable effort to fight poverty and inequality through increased social spending and important investments, with infrastructure, hospitals and schools having been impressively modernized.

However, the recent economic slowdown and the contraction of domestic demand is putting at risk these achievements, contributing to a rise in the overall poverty rate from 22.5 per cent to 24,8 per cent 2018.

The country has a population of 16.5 million people. One third of the population are concentrated in two metropolitan areas: Guayaquil and Quito, the capital. Rural population still accounts for 36.5% of the total. Social indicators also point to persistent inequality in both rural and urban areas. This situation is attributable to high unemployment and underemployment, low salaries, limited access to productive assets such as land, water, credit and technology, and deficient market linkages.

Shaping the country’s development model, modernizing the productive sectors, and reducing dependence on imported goods and services is among the priorities of the Government. To achieve this goal, rural smallholder producers will need to increase their productivity, efficiency and connectivity, by boosting technology use and accessing key rural services.

In Ecuador, IFAD loans support the diversification of the rural economy by promoting cooperatives and investments to generate employment and income for poor rural families.

Given its overall experience in the region, IFAD makes a tangible contribution towards supporting these efforts through investments in rural areas by combining innovation with action. 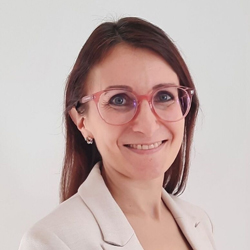 Strengthening the productive capacities of rural entrepreneurs in the territory

July 2017 - NEWS
A year after a major earthquake left more than 20,000 rural people homeless, officials of the International Fund for Agricultural Development (IFAD) will meet with ministers and other government officials to renew IFAD's commitment to supporting rural economic development and improvement of the lives of poor rural people. Périn Saint Ange, IFAD Associate Vice-President, arrives in Ecuador today with the message that alongside immediate disaster relief, long-term development is crucial to rebuilding lives.
view more

June 2018 - STORY
Afro-descendants are among the most vulnerable populations in Latin America, facing the region’s worst rates of inequality, violence and rural poverty. A recent IFAD-supported grant worked to challenge these trends, empowering Afro-descendants to exercise their rights, increase their incomes and achieve greater social inclusion.

May 2018 - STORY
Talking about the roya (coffee rust) epidemic in El Airo, a rural community in southern Loja province in Ecuador, brings back bad memories to the minds of local coffee growers. In 2010 and 2011, this fungus devastated coffee plants all over the province, plunging farming families into poverty and forcing many of them to leave.

June 2020 - BLOG
Four years ago, the residents of Chiquicha were just gathering the first fruits of an irrigation project.
view more

September 2015
Over the last decade, Ecuador’s poverty levels have fallen despite a period of recent political and economic crises. Nevertheless, in rural spheres, indigenous and Afro-Ecuadorian communities continue to face barriers to economic inclusion, ranging from lack of secure access to land and water resources to limited investment opportunities. The situation varies across regions and social groups. In the Amazon for instance, indigenous groups struggle to obtain clear titles for communal lands that are under increased pressure from oil exploration and production. In the highlands, peasant communities face shortages of land and increasing degradation due to agricultural intensification and unregulated expansion into the upper reaches of water basins (páramos). In the coastal regions, communities face growing encroachment on their lands by large landholdings, in addition to degradation of mangrove forests due to unsustainable exploitation.