The Republic of Fiji is an archipelago of around 330 islands and more than 500 islets. The agricultural sector employs close to two thirds of the labour force. Over one third of Fiji's population lives in poverty.

Over the past decade, the agriculture sector contributed an average of 10.6 per cent of Fiji’s total annual GDP, reflecting a decrease from 16 per cent in the 1990s. Recent challenges to the sector have included a declining sugar industry, inability to cope with trade liberalization, natural disasters, pest and disease outbreaks, and trade restrictions in export markets.

Fiji's economy has continued to grow, and notwithstanding reduced sugar exports, its agricultural sector is expanding. However, the country is highly vulnerable to natural disasters.

For more than 30 years, IFAD has been providing financing and technical assistance to help rural people in the Pacific improve their lives. Although IFAD has financed many activities in Fiji through regional agencies and programmes, the first IFAD country programme investment was approved in 2015.

IFAD operations have a special focus on remote areas and upland communities in Fiji, as well as on investments that benefit young people and women.

IFAD-supported projects are aimed at addressing the most pressing challenges facing rural people. An important focus is production of local food crops, especially indigenous and traditional foods, that can handle a changing climate and provide nutritious meals for the local population.

Since 2015, IFAD has supported one programme in Fiji for a total amount of US$3.5 million, directly benefiting 2,225 rural households. 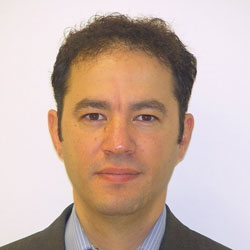 UN Agency promotes “farming as a business” in Fiji

August 2017 - STORY
A growing IFAD-supported movement in the Pacific Islands is helping farmers tap into international organics markets. By having their products certified as organic, Pacific Island farmers are raising their incomes, increasing their resilience and maintaining their cultures.

November 2014 - STORY
18 August 2014 – The will be held from 1-4 September in Apia, Samoa, raising global awareness about the drive for sustainable development in a group of
VIEW MORE

Catching up with Recipes for Change Chef Lance Seeto

February 2015
IFAD has been working in small island developing states (SIDS) for 35 years, financing investments for smallholder farmers and fishers. IFAD recognizes that small island developing states are different than other developing countries. They face constraints that are quite particular to their size, remoteness, insularity and ocean resource base. In the light of a changing world and new challenges faced by rural people living in SIDS, IFAD recently took the opportunity of the Global Conference on Small Island Developing States held in Samoa in 2014 to articulate its lessons learned and current approach to financing investment in rural people in its paper presented at the Conference, IFAD’s approach in Small Island Developing States.
view more