Formerly part of the Soviet Union, Georgia lies to the south of Russia, between the Black Sea and Azerbaijan. By 2012 it was ranked a lower middle income country, and in 2016 Gross Domestic Product per head was US$3,833.

In rural areas, farming accounts for 45 per cent of household income, while social payments provide a further 28 per cent and salaried work just 27 per cent.

Farming is likely to remain the mainstay of rural communities in the foreseeable future, but its development is held back by inadequate infrastructure, especially irrigation, and gaps in value chains. This combines with limited off-farm opportunities to spur rural-urban migration, especially by young people, leaving behind increasingly aging and diminished communities.

IFAD’s country strategy programme (COSOP) is fully aligned with the strategies of the Government of Georgia.

Since 1997, IFAD has invested a total of US$51.6 million in five projects and programmes in Georgia, benefiting 103,092 households. 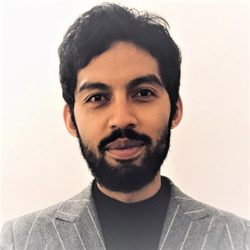 February 2015 - NEWS
The International Fund for Agricultural Development (IFAD) announced today a new nationwide project worth more than US$30 million to help small-scale farmers in Georgia raise their incomes and increase their climate resilience.

November 2015 - NEWS
Rome, 9 November 2015 – This week on an official visit to Georgia, the President of the International Fund for Agricultural Development (IFAD), Kanayo
view more