Haiti is the poorest country in Latin America and the Caribbean, and registers some of the highest rates of income inequality worldwide. In 2020, the poverty rate reached nearly 60 percent, with two thirds of the poor living in rural areas. In 2021, 4.3 million people (around 44 per cent of the population) suffered from acute food insecurity.

Haiti’s history has been dogged by political instability and major natural disasters. The context further deteriorated in 2021 with the murder of President Jovenel Moïse, followed by a violent 7.2 magnitude earthquake a few weeks later which caused more than 2,200 deaths and US$2 billion worth of damage in southern Haiti.

Agriculture and fisheries account for nearly 20 per cent of GDP and provide employment to half the labour force. However, agriculture’s contribution to the economy has been declining since the 1980s, and Haiti must import a significant portion of the agricultural products it consumes.

Agricultural productivity is severely constrained by a number of factors. Small farmers lack access to technology and key production factors, especially irrigation water. Post-harvest losses are considerable, often due to a lack of storage and processing facilities. Road infrastructure is poor. Small farmers and poor rural households have extremely limited access to credit for productive activities.

Compounding these issues, Haiti is highly vulnerable to natural disasters and climate change. The southern peninsula is particularly exposed to tropical storms, hurricanes, floods, and landslides. In the coming years, temperatures are expected to increase, rainfall will decrease, and extreme climatic events will become more frequent and intense. The combined impact is expected to degrade soil and decrease yields of irrigated crops. Storms will also likely damage or destroy crops, plantations, livestock, and infrastructure.

IFAD is a key partner in Haiti’s rural development. It has developed strategies, methodologies, and support mechanisms to include the rural poor in development processes.

Given the evolution of both the country context and IFAD’s strategic engagement in Haiti, a “Transitional” Country Strategy Note will cover 2022-2023 until a new COSOP for 2024-2028 is developed.

The strategic objective of the Country Strategy Note is to reduce rural poverty and strengthen the climate resilience of rural Haitian communities by: 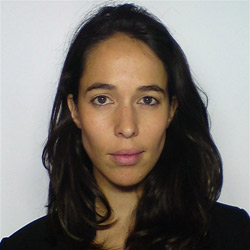 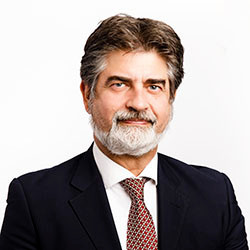 April 2022 - NEWS
IFAD and the Government of Haiti signed a financing agreement today for the implementation of the Inclusive Blue Economy Project (I-BE). The project will help preserve the Three Bay Protected Area by providing economic opportunities to smallholder famers and artisanal fishermen living in the country’s north-eastern region.

August 2018 - NEWS
The International Fund for Agricultural Development (IFAD) and the government of Haiti signed a financing agreement today that will help restore agricultural productivity in areas of the country most-affected by Hurricane Matthew in October 2016.
view more

July 2022 - STORY
Five Country Directors from IFAD’s highest priority countries in its Crisis Response Initiative tell us how the war in Ukraine is impacting rural people on the ground.

Haiti: Sharing knowledge across the border with the Dominican Republic

March 2015 - STORY
The border between Haiti and the Dominican Republic is a poor region, but it is critically important to both countries. On the Haitian side, in particular, there is substantial yet unexploited economic potential.
VIEW MORE

Changing the narrative on Haiti

February 2022 - BLOG
Last year, a 7.2-magnitude earthquake caused more than 2,200 deaths and US$2 billion worth of damage in southern Haiti. In February 2022, a Donors' Conference was held to seek financial and political support for the reconstruction and relaunch of the region.
view more

Investing in rural people in Haiti

September 2022
IFAD is a key partner in Haiti’s rural development. Its series of strategies, projects and programmes since 1978 testify to its long-standing commitment against rural poverty, with the active participation and inclusion of the Haitian rural population.
view more