Honduras is a middle-income country in Central America that battles persistent poverty, food insecurity and socio-economic inequality. In 2015, 45 per cent of the population lived in rural areas. The country faces major challenges, with a 2016 poverty rate of 66 per cent The indigenous population (representing 6.5 per cent of the total population) has the highest rate of poverty, at 71 per cent.

Since the 2008-2009 global economic crisis, Honduras has experienced a moderate recovery, driven by public investments, exports and higher remittances. Despite the favourable economic outlook, the country faces the highest level of economic inequality in Latin America. The 2014 Gini coefficient was 0.51.

Honduras suffers from one of the lowest levels of human development in the continent, owing to short life expectancy and the lowest per capita income in the Central American subregion. In rural areas in 2014, 65 per cent of rural households lived in poverty.

Honduras faces challenges regarding climate change, violence and external shocks. The country is prone to natural disasters and has one of the world’s highest homicide rates. In addition, the agricultural sector lost nearly one-third of its revenue over the past two decades, in part due to the declining prices of the country’s export crops, especially banana and coffee.

Activities pay special attention to women and work to strengthen the organizational capacities and bargaining power of rural organizations.

In 2014, more than 63 per cent of the population lived in poverty. About 47 per cent live in rural areas and approximately six out of 10 of the rural households live in extreme poverty, or on less than US$2.50 per day.

Since 1979, IFAD has invested a total of US$146.9 million in 12 programmes and projects related to agricultural development in Honduras, benefiting more than 161,500 households. 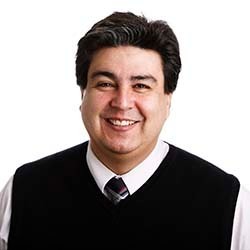 November 2011
IFAD loans and grants have supported the government’s investments in poverty reduction programmes since 1979. Before 1998, when Hurricane Mitch devastated the country,IFAD was almost the only institution investing in rural development and poverty alleviation in Honduras. IFAD also designed one of the first projects to be implemented after the disastrous hurricane: the National Fund for Sustainable Rural Development Project (FONADERS).
VIEW MORE