Indonesia, with the largest economy in Southeast Asia, has evolved rapidly over the past decade into a dynamic and decentralized electoral democracy with a rapidly growing middle class. Steady economic growth has led to a gradual reduction in poverty, from 17 per cent in 2004 to 11 per cent in 2014.

Three out of five Indonesians live in rural areas, and farming is their main occupation. The agriculture sector contributed 8.5 per cent to GDP in 2016. While the sector's share of GDP has declined markedly during the last five decades, it still is the main source of income for one third of the population and 64 per cent of poor people. Progress is visible in rural areas, but poverty remains concentrated there — 13.8 per cent of rural people are classified as poor compared with 8.2 per cent of urban populations, as of 2014.

With its abundant fertile soils, Indonesia is a major global producer of numerous tropical products, offering strong opportunities to smallholder producers. A growing middle class is increasing the demand for more and diversified food products.

Yet millions of smallholder farmers, farm workers and fishers cannot leverage these opportunities due to limited access to finance, services and markets.

Over the last 35 years, IFAD and the Government of Indonesia have invested more than US$1 billion in rural people to strengthen inclusive and environmentally sustainable economic growth.
Our work concentrates on helping smallholder producers and marginalized groups to become more resilient, integrate into supply chains and gain access to services, technologies and finance. IFAD's projects have been successful in the most remote and vulnerable areas of the country, which also usually have the highest incidence of poverty.

IFAD's current results-based country strategic opportunities programme (2016-2019) aims to support inclusive rural transformation so rural people can achieve sustainable livelihoods. We work to achieve this by providing financing and technical support to develop models for replication and scaling up by the government and others. The emphasis is on empowering marginalized groups including smallholder farmers and fisheries producers, women and woman-headed households, marginal communities and ethnic minorities in selected geographic areas, and youth.

Our future investments will contribute to ensuring that:

Three out of five Indonesians live in rural areas, and farming is their main occupation.

Over the last 35 years, IFAD and the Government of Indonesia have invested more than US$1 billion in rural people to strengthen inclusive and environmentally sustainable economic growth.

Since 1980, IFAD has supported 17 programmes and projects in Indonesia for a total amount of US$550 million, directly benefiting more than 3 million rural households. 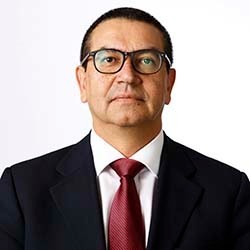 IFAD, Mars and ICRAF invest in sustainable farming research and development in Indonesia and the Philippines

July 2020 - NEWS
A new project will focus on two raw materials critical to the livelihoods of small-scale producers: cocoa and palm oil

September 2020 - STORY
Along Indonesia’s coastal communities, many small-scale fishers struggle to make a living. Indonesia is the world’s third largest producer of fish, but many of these communities have historically lacked access to the technology and resources they needed to preserve their catch until it reaches the markets, which are usually far from their rural coastal inlets.
VIEW MORE

November 2021 - BLOG
Peatlands store twice as much carbon as all the world’s forests and are home to everything from orchids to orangutans – but today, these lands are in peril. A partnership between IFAD and Indonesia’s Ministry of Environment and Forestry is working to set a national policy agenda that will protect peatland ecosystems.

Investing in rural people in Indonesia

November 2020
Over the last 40 years, IFAD and the Government of Indonesia have invested more than US$1 billion in rural people to strengthen inclusive and environmentally sustainable economic growth.