Liberia is a coastal state in West Africa, bordered to the east by Côte d’Ivoire. Despite significant improvements since the end of its civil war in 2003, it remains a fragile state with weak institutions, policies and governance.

The outbreak of Ebola virus disease during 2014 and 2015 compounded the challenges. Liberia is classified as a Least Developed Country and a Low-Income Food-Deficit Country, and relies heavily on foreign assistance.

Poverty is widespread. An estimated 51 per cent of the population lives in rural areas where poverty is heavily concentrated. Many lack access to basic infrastructure and social services, and poor roads leave many areas inaccessible. Approximately 55 per cent of rural Liberian households are food insecure.

The economy depends heavily on exports of minerals.  Agriculture provides the main livelihood for 48.9 per cent of the workforce, mainly in smallholder and subsistence farming. Plantations produce rubber, cocoa, coffee, palm oil and sugar cane. Liberia imports up to 60 per cent of its staple food.

Agriculture is central to Liberia’s vision of economic transformation. However, smallholder farmers are held back by lack of fertilizer and irrigation, poor seeds and breeding stock; and inadequate credit, machinery and infrastructure for transport, storage and marketing. Liberia also needs to develop a food processing industry.

IFAD resumed its activities in Liberia in 2009, after a 20-year suspension arising from the prolonged civil war.

In Liberia, IFAD loans are aim to empower poor rural people to durably improve their livelihoods and food security and livelihoods, primarily by increasing smallholder farmers’ access to inputs and technical training, and providing better seeds and livestock.

Our country strategic opportunities programme (COSOP) is under design, in partnership with the Ministries of Agriculture and Finance, and the Agriculture Donor Working Group. It will be fully aligned with the Comprehensive Africa Agriculture Development Programme and with national policies such as Liberia’s Agriculture Sector Investment Programme.

Agriculture remains the primary source of income for two thirds of the country’s population, which was estimated at 4.3 million in 2013.

IFAD resumed its activities in Liberia in 2009, following a 20-year suspension arising from the prolonged civil war.

Since 1981, IFAD has invested a total of US$61.9 million in six projects and programmes in Liberia, benefiting 156,600 households. 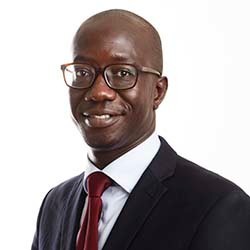 March 2019 - NEWS
About 10,000 cocoa smallholder producers in Liberia will benefit from a new US$47.6 million project that aims to improve their food and nutrition security and raise their incomes by modernizing cocoa farming, increasing production and developing markets.

March 2018 - NEWS
Recognizing the multiplying effects of investing in rural women, the Swedish Government – through its development agency Sida – announced a US$5 million commitment to the Joint Programme on Accelerating Progress towards the Economic Empowerment of Rural Women (JP RWEE).

Investing in rural people in Liberia

July 2016
Despite gains made in socio-economic development since the end of the civil war in 2003, Liberia remains a low-income food-deficit country and is ranked 175th out of 187 countries in the 2013 UNDP Human Development Index.
view more