The Republic of Moldova is a small landlocked country bordered by Ukraine and Romania, with a population of approximately 3.5  million people in 2019, and a gross domestic product per capita of US$3,227 in 2018. Since the early 2000s, economic growth has averaged 4.6 per cent annually. The economy grew by 3.6 per cent in 2019, driven by investment, private consumption, higher wages, and social benefits. Remittances are crucial in developing the economy and account for 16 per cent of Gross Domestic Product (GDP) in 2019.

Economic growth, remittances and social assistance have significantly reduced poverty levels in the country. The absolute national poverty rate fell from its peak of 73 per cent in 1999 to nine per cent in 2019, and the extreme poverty rate declined from 59.7 per cent to 0.2 per cent in the same period.

This was attained as a result of the country’s economic growth, increased remittances and the social assistance programmes, ran by the government, targeting extreme poor and poor households. Moreover, concrete measures taken in the area of agriculture modernization and small and medium enterprise development, had created job opportunities for rural labour. Large gaps remain, however, with 80 per cent of the poor coming from rural areas in 2016.

Migration has indirect adverse effect on the economy and social fabric of Moldova, with rural areas being particularly hard hit as two-thirds of all immigrants are in these areas, majority of them in the most productive age. Recent analysis and surveys tend to show that migration patterns evolve towards a diversification of destinations (EU notably) and duration, with higher increase in seasonal migrations.

Moldova’s large-scale out-migration, combined with decreasing fertility rates, has led to a drastic decline in the population and increased the share of elderly people. As a consequence, there is a tangible need to create employment opportunities and develop rural economy if it is to stem the outflow of migrants and counter the adverse effects of reduced remittances flows.

In Moldova, IFAD projects support the development of links between agricultural producers, markets and suppliers. IFAD tries to improve the access of rural population to well needed financial services, develop market intermediaries, and enhance the availability of advice to financial institutions and businesses.

IFAD’s overall goal is to assist the productive poor in taking advantage of the opportunities emerging from the ongoing rural transformation in the country.

IFAD sees strong potential to revitalize crop production and processing for both domestic and export markets. IFAD has systematically invested in agricultural processing and infrastructure rehabilitation in Moldova with focus on climate resilient infrastructure.

While contributing to the UN Coordination Team’s efforts to support the Government of Moldova and its National Development Strategy “Moldova 2030”, IFAD’s investments are aligned with the UN’s Sustainable Development Goals and more specifically, contribute to the achievement of: (SDG 1) no poverty, (SDG 2) zero hunger, (SDG 5) gender equality, (SDG 6) clean water and sanitation and (SDG 13) climate action..

Amongst its operations in the country, an important partnership has been developed with the National Commission for Financial Market (NCFM), with the aim to develop a regulatory framework for partnering financial institutions and to assist Saving and Credit Associations in becoming more efficient and credible as a financial service provider.

In addition, South-South and Triangular Cooperation (SSTC) is an important pillar of join efforts to support Moldova. IFAD is at the origin of several SSTC initiatives including a regional grant (in Armenia, Georgia and Moldova), promoting knowledge and experience sharing in the area of the establishment of agricultural cooperatives. Another ongoing regional grant (implemented in Moldova, Morocco and Sudan), in partnership with ICARDA, intends to strengthen Monitoring and Evaluation as well as Knowledge Management skills among selected national institutions within the three countries. 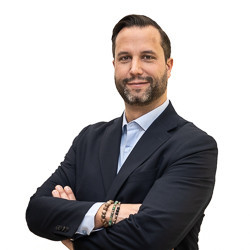 April 2017 - NEWS
The International Fund for Agricultural Development (IFAD) and Moldova today signed an agreement to fund a new project aimed at driving the transformation of the country's rural economy and helping to generate employment for over 44,000 poor rural people.

A boost for climate change resilience in Moldova

What is life like for farmers on Moldova’s border with Ukraine?

May 2022 - STORY
On Moldova’s border with Ukraine, the resilience of rural farmers is being put to the test due to the spill over effects from the war.

May 2022 - BLOG
The war in Ukraine is testing the resilience of the people of Moldova, including its small-scale farmers. Our support is essential for helping them respond to the crisis – but opportunities to help are slipping through our fingers.

March 2022 - STORY
Forests are an excellent buffer against the effects of climate change. They’re also home to a variety of native plant and animal species that can foster resilient, sustainable local economies.
VIEW MORE

Climate-smart agriculture: A synthesis of experiences and lessons from the NEN region

Investing in rural people in Moldova

August 2020
Collaboration between the Republic of Moldova and IFAD began in 1999. IFAD has supported seven projects totalling US$196.8 million, with IFAD financing of US$109.2 million.

December 2018
This issue presents and analyses experiences from the following IFAD-funded projects and programmes...
view more