Nepal is a landlocked country with a rich diversity of ethnicities and cultures. The country’s topography and ecology are highly varied, ranging from fertile plains in the south to mountains in the north. Nepal’s landmass falls under three ecological zones – the Terai (plains), the hills and the mountains.

Agriculture is central to the national economy. Nearly 80 per cent of households (3.4 million) and 66 per cent of the national labour force depend principally on the sector for their livelihoods. But urban-rural disparities are high, and over 80 per cent of Nepal’s poor people live in rural areas.

The country’s agriculture sector is a mix of crop and livestock farming. Although more than 70 per cent of the workforce is involved in agriculture, the sector generates only around one third of the country’s GDP.

Nepal has strong potential for development. Its agricultural biodiversity means it can produce a wide range of crops (cereals, pulses, oilseed crops, fruits, vegetables and other cash crops) at different locations throughout the country.

More than half of all Nepalese households have a family member who has migrated for work. An estimated 2 million people are working abroad (the majority men), and their remittances make up 20 per cent of GDP. The women left behind are taking on increasing responsibility for both household and farm management.

IFAD's strategy in Nepal, based on its country strategic opportunities programme for 2013-2018, supports the development policies and programmes of the government and other partners. This is especially the case relative to peacebuilding, reconciliation, reconstruction and economic recovery following a 10-year civil war that broke out in 1996.

IFAD's investments reinforce these efforts by addressing poverty, inequality and social marginalization, which have been at the heart of conflict in the country.

In particular, we focus our investments on the hill and mountain areas, where poverty levels are high and access to infrastructure, services and markets is extremely limited.

More than 80 per cent of Nepal’s people live in rural areas and depend on subsistence farming for their livelihoods.

Although more than 70 per cent of the country’s workforce is involved in agriculture, the sector generates only around one third of GDP.

Since 1978, IFAD has invested US$261.8 million to finance 16 projects and programmes related to agricultural development in Nepal, benefiting 797,353 households. 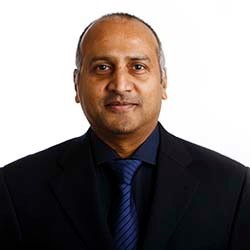 December 2019 - NEWS
Rural development projects financed and supported by IFAD have contributed to increased agricultural productivity and incomes of smallholder farmers in Nepal, according to a new report presented today.

IFAD and Nepal to review progress in reducing rural poverty

December 2019 - NEWS
The Independent Office of Evaluation of IFAD and the Government of Nepal are holding a one-day workshop to share the findings of an independent evaluation of IFAD’s operations in Nepal over the last seven years (2013-2019).

IFAD and Nepal invest US$68.1 million to improve incomes and food and nutrition security for rural smallholders

June 2018 - NEWS
IFAD and Nepal have signed a financing agreement to significantly improve incomes and food and nutrition security for 35,000 rural farming households in 10 districts in State 6.
view more

Meet some of the women leading sustainable development around the world

March 2022 - STORY
Sustainable development can only be achieved with the contributions of rural women, yet they face many challenges. Let’s meet three women who have transformed their lives with the help of the JP RWEE initiative.

August 2020 - STORY
Ranjana Chaudhary’s story sounds like the stories of many thousands, if not millions, of young people in Nepal.

How radio came to the rescue in Nepal

February 2021 - STORY
Last March, when Nepal went into lockdown to manage the COVID-19 pandemic, Sarbaraj Bhandari realized he was in a bit of a fix. A goat farmer, he was in the process of upgrading and managing his goat-shed facilities with the help of extension services and technical support provided to farmers participating in the Ministry of Agriculture and Livestock Development-led and IFAD-supported Agriculture Sector Development Programme (ASDP).
VIEW MORE

August 2020 - BLOG
Lack of access to seed is a common problem for small-scale farmers in Nepal and elsewhere.

Coming back home: The road ahead for migrant returnees in Nepal

June 2020 - BLOG
Migrants are essential workers; they contribute to the economy of the places they go and, through remittances, to their communities back home.
view more

December 2020
Stress-tolerant rice varieties (STRVs) are bred to be high yielding and tolerant to climate shocks such as drought.

June 2020
Rice farmers in the mid-hills region of Nepal are vulnerable to drought, which can drastically reduce yields. Stress-tolerant rice varieties can mitigate this vulnerability, as can having a high seed replacement rate and using best management practices in rice cultivation.

Investing in rural people in Nepal

December 2019
Nepal was one of the first countries to benefit from IFAD loans, beginning in 1978.
view more