Niger covers a landlocked 1,267,000 km² tract of the Sahel north of Nigeria. With a poverty rate of 48.9 per cent and income per head of US$420, Niger is one of the world’s poorest nations. In 2015, it ranked last among 188 countries measured by the United Nations Human Development Index.

Its population was estimated in 2016 at 19.8 million, growing at 3.9 per cent a year, one of the fastest rates in the world. Niger is prone to political instability, chronic food insecurity, and droughts, floods and locust infestations.

Uranium and oil production are cornerstones of the economy, but agriculture is an important source of export earnings.  Niger’s climate is hot and arid. Farming centres upon small-scale family farms which produce both rainfed cereals and vegetables and irrigated crops, including onions, sesame and cowpeas.

Recurrent droughts are damaging natural resources and cereal yields are forecast to fall unless production systems are adapted to climate change.

This would enable rural families to produce enough for household consumption and a surplus for sale, while at the same time improving their resilience to climate change. Already, irrigated cropping is increasing and now accounts for 30 per cent of farm production and 90 per cent of agricultural exports.

In Niger, IFAD is working to enhance the capabilities of small-scale rural producers, especially the most marginalized socio-economic groups, and help them cope with changes.

By helping family farms and other rural households intensify and diversify production, post-production and marketing, we make livelihoods more resilient and sustainable.

In 2015, Niger ranked last among 188 countries on the United Nations Human Development Index.

Primary production generated 46 per cent of GDP between 2005 and 2010, and is the main engine of growth. It employs 84 per cent of the workforce and provided 26.4 per cent of export revenues in 2010.

Since 1980, IFAD has supported 12 programmes and projects in Niger, investing US$556.5 million and directly benefiting more than 1,023,000 rural households. 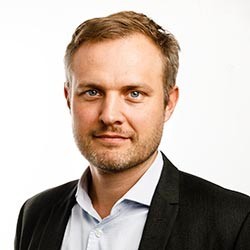 No matching projects were found
Joint Programme for the Sahel in Response to the Challenges of COVID-19, Conflict and Climate Change

February 2021 - NEWS
About one million rural people in the Sahel region will benefit from a new joint programme, the first of its kind, IFAD announced today. The US$180.4 million Regional Joint Programme will revitalize economic activities and food systems in the Group of Five Sahel countries and in the Republic of Senegal.
VIEW MORE

March 2012 - STORY
In many ways, Niger is a country on the edge. Geographically, its productive farmland is confined to a narrow, semi-arid band across the south. Politically, it remains stable in the wake of peaceful elections held last year, but crises in neighbouring Libya, Mali and northern Nigeria have driven thousands of refugees across its borders. Socially and economically, its human development indicators are low, and it is among the poorest nations in the world.

June 2008 - STORY
Poor villagers in the Aguie area of Niger are discovering the many, unexpected benefits of keeping detailed records of their households and assets. As part of a new databank system introduced by IFAD in 2005, local people are developing a detailed census drawn from 27,000 individuals in 22 villages.
VIEW MORE

March 2020
This brief highlights a project in Niger that is tackling climate change and land degradation and scaling up sustainable natural resource management for family farming.

Rome-based Agencies Resilience Initiative: Strengthening the resilience of livelihoods in protracted crises in the Democratic Republic of the Congo, the Niger and Somalia

October 2018
Canada is partnering with the United Nations Rome-based agencies (RBAs) – the Food and Agriculture Organization (FAO), the International Fund for Agricultural Development (IFAD) and the World Food Programme (WFP) – to further test in the field their joint Conceptual framework for strengthening resilience for food security and nutrition.
VIEW MORE

September 2018 - VIDEO
In August 2018, the heads of the three Rome-based food agencies travelled to Niger to strengthen their joint efforts to reduce poverty and hunger.
VIEW MORE