Nigeria is Africa's most populous country with 182 million inhabitants and an annual growth rate of 3 per cent. Fifty-nine per cent,  approximately 105 million Nigerians, are under the age of 35.

Now Africa’s biggest economy, Nigeria covers 92.4 million hectares and 53 per cent of the population lives in rural areas. GDP growth averaged 3.8 per cent a year from 2009 to 2014 as Nigeria became a middle-income country.

Poor rural women and men depend on agriculture: 70 per cent of rural people are subsistence smallholder farmers, who produce some 90 per cent of Nigeria's food on un-irrigated plots wholly dependent on rainfall.

Agriculture generated 21 per cent of gross domestic product (GDP) in 2015, but is underdeveloped because of numerous impediments. Only 46 per cent of arable land is cultivated. Farmers have no title to 95 per cent of agricultural land, so are impeded from obtaining finance or investing in improvements. Poor rural roads undermines farm profitability, increases waste, and impedes access to markets, inputs, equipment and new technology. Rural schools, healthcare and clean water supplies are inadequate. Land degradation and erosion arising from over-cultivation, deforestation and overgrazing are increasing, and drought has become common in the north.

Since 1985, IFAD has been Nigeria's trusted partner for reducing rural poverty.

IFAD loans help improve outreach and its impact, thanks to our expertise in building the capacity, productivity and market participation of rural people.

IFAD's current strategy, in agreement with the Nigerian government covers the period 2016-2021. The goal is a rural economy in which those we help can benefit from economic growth, in line with two strategic objectives: 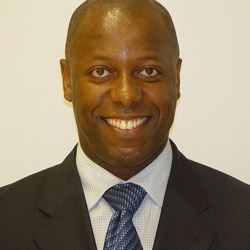 January 2021 - NEWS
The Federal Government of Nigeria and IFAD are working together to lessen the impact of the Covid-19 pandemic on small-scale farmers’ activities and domestic food supply in northeastern states of Nigeria.
VIEW MORE

Seeing the invisible, doing the impossible: A young Nigerian entrepreneur’s journey to success

July 2021 - STORY
Dorothy Chia Vandefan is nothing if not insightful. She describes herself as a serious-minded agricultural entrepreneur who can create opportunities where there seem to be none – and she’s right.

Empowering and protecting rural women in the time of coronavirus

February 2021 - STORY
The COVID-19 pandemic has been hard on smallholder farmers in low-income countries who have struggled to access to markets, labourers, technology, and key resources amid physical distancing mandates, shifting government funding priorities, and plunging income levels.
VIEW MORE

April 2018
With funding from the German government, IFAD recently carried out a set of studies in Nigeria and Indonesia to determine how to design nutrition-sensitive value chain (NSVC) projects for smallholders. Such projects seek to shape thedevelopment of value chains for nutritious commodities in ways that are likely to address nutrition problems.

Nigeria: From Rice to Riches

October 2020 - VIDEO
On 1 October 2020, the UN marks 25 years since the Beijing Declaration and Platform for Action – a blueprint to advance women’s rights. But according to the Gender Equality report there’s still a long way to go.
VIEW MORE