With a population of 4.6 million in 2015, the Congo derives 60 per cent of its GDP, 90 per cent of exports and 80 per cent of state revenue from oil. Mining, forest products and construction also contributed to economic growth of 2.6% in 2015, according to the World Bank. The country is urbanizing rapidly and its two largest cities, Brazzaville and Pointe-Noire, house more than half the population. Though largely covered by tropical forests, almost a third of Congo is arable land.

Farming provided 35 per cent of employment but just 3.4 per cent of GDP in 2011, according to the World Bank. Another 15 per cent of rural people engage in fisheries and aquaculture.

People without jobs or land and young people and women, who are the primary agricultural producers and processors, are the most vulnerable to poverty.

Among the biggest challenges for poor rural people are:

In the Republic of Congo, IFAD loans support efforts to improve income and food security for poor rural people.

The programme's three strategic objectives are to:

A third of Congo's population is estimated to live in rural areas and 70 per cent of rural households depend on agriculture.

Agriculture provides 35 per cent of employment and contributes 3.4 per cent of GDP (World Bank, 2011).

Since 1983, IFAD has supported 8 programmes and projects in the Republic of Congo for a total of US$63.7 million, directly benefiting more than 118,000 rural households. 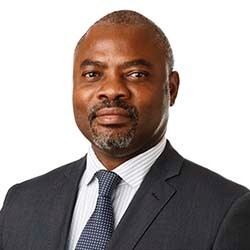 August 2019 - NEWS
This is a Call for Proposals to identify the recipient of a three-year grant financed by IFAD for a total amount of up to US$3 million.

IFAD new financing to strengthen inland fisheries and aquaculture, and to boost food and nutrition security in the Republic of the Congo

October 2015 - NEWS
The Republic of the Congo and the United Nations International Fund for Agricultural Development (IFAD) signed today a US$17.56 million agreement to finance an inland fisheries and aquaculture project (PD-PAC) in the northern departments of Cuvette, Cuvette-Ouest, Sangha and Plateaux.
view more

September 2020 - STORY
In dozens of homes across Bouenza, the volunteers gathered around their kitchen tables, ready to taste-test a new variety of flour.
VIEW MORE

October 2014
The indigenous population of the Republic of Congo (RC) include the Baka, Mbendjele, Mikaya, Luma, Gyeli, Twa and Babongo peoples. Depending on sources, these peoples represent a small minority of 1.25 to 10 percent of RC’s estimated population of 4.4 million, primarily of Bantu origin.
view more