After a decade characterized by slow economic growth, Senegal’s economy has surged, achieving 6.5 per cent growth in 2015.

Mining, farming and fishing are the main economic activities.

Rapid population growth facilitates economic development but also presents a challenge: 20 per cent of young people are unemployed, spurring a rural exodus towards the capital Dakar, other cities, and abroad.

Almost 40 percent of the population lives in rural areas, where the poverty rate was 57.3 per cent, more than twice that of Dakar.

Senegal imports almost 70 per cent of its food and people go hungry even though 60 per cent of the workforce are engaged in food crop production. Yet only 65 per cent of Senegal’s 3.8 million hectares of arable is farmed and 30 per cent of irrigable land used. Small rainfed subsistence farms are the norm.

Farm productivity is held back by:

Women produce 80 per cent of the country’s food, so empowering them and enhancing their productivity is critical to  developing agriculture and rural areas.

Activities focus on the development of sustainable value chains and the integration of women and youth into economic activities.

IFAD also helps rural people learn how to set up and run businesses.

During 2015, Senegal’s economy grew by 6.5 per cent, outpaced in West Africa only by Côte d’Ivoire.

Poverty is more widespread in rural areas, where 75 per cent of poor households live.

Since 1979 IFAD has supported 16 programmes and projects in Senegal, investing US$216.4 million and directly benefiting more than 455,000 rural households. 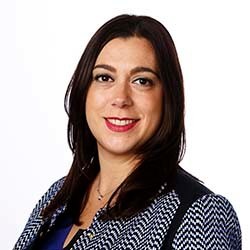 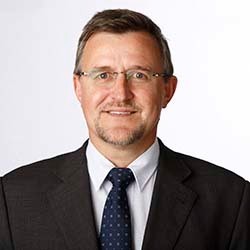 Read More
No matching projects were found
Joint Programme for the Sahel in Response to the Challenges of COVID-19, Conflict and Climate Change (SD3C-SEN)

National Calls for Proposals (The Gambia, Ghana, Senegal): Supporting remittances in times of crisis in Africa

December 2020 - NEWS
The Financing Facility for Remittances (FFR) of IFAD is pleased to announce the 2020 National Calls for Proposals: Supporting Remittances in Times of Crisis in Africa.

January 2021 - NEWS
A new investment programme is planned to support Sahelian governments through a partnership between the Green Climate Fund (GCF) and IFAD in order to boost climate finance for these rural populations.
view more

Oysters and honey: The perfect combination for Senegal’s Delta of Saloum

October 2021 - STORY
The Delta of Saloum’s mangrove forest is rich in beauty and biodiversity, but it has suffered from years of deforestation, disrupting the area’s ecosystem and threatening the livelihoods of the area’s farmers and fishers. Recently, a collaborative project has begun to tackle both problems by funding a restoration of the mangrove and supporting local farmers’ associations.

March 2019 - STORY
Every day Dienaba Sow travels 3.5 kilometres from her home in Hodio village towards Toung, in Senegal's Louga region, to collect water for her family's daily needs.

October 2015 - STORY
There are many varieties of onions grown in Senegal. Perhaps the most common are the Gandiol and Noflaye species which are both well known for their strong taste and ability to be stored for long periods of time. The onion is a dietary staple of Senegal, appearing in many of the country's most famous dishes, including Poulet Yassa.
VIEW MORE

January 2020 - BLOG
As a chef, I believe that we have a responsibility and we should take concrete actions to tackle climate change.

Managing agricultural risk through remittances: the case of Senegal

December 2020
This feasibility study explains the role of remittances in agricultural risk management.

July 2016
This module provides guidance and a comprehensive menu of practical tools for integrating gender in the planning, design, implementation, and evaluation of projects and investments in climate-smart agriculture (CSA). The module emphasizes the importance and ultimate goal of integrating gender in CSA practices, which is to reduce gender inequalities and ensure that men and women can equally benefit from any intervention in the agricultural sector to reduce risks linked to climate change. Climate change has an impact on food and nutrition security and agriculture, and the agriculture sector is one of the largest emitters of greenhouse gases. It is crucial to recognize that climate change affects men and women differently. The initial assumption is that social differences, particularly gender inequality, must be taken into account to strengthen the effectiveness and sustainability of CSA interventions. Women are key players in the agricultural sector, yet compared to men, they own fewer assets and have access to less land, fewer inputs, and fewer financial and extension services.
view more

September 2021 - VIDEO
Marianne Ndong and her colleagues make a living from raising and selling oysters in the village of Dassilamé Sérère, in Senegal’s Saloum Delta. Mangroves don’t just support marine life, like the oysters Marianne raises. They also form a protective barrier between land and sea.

March 2020 - VIDEO
Djenalib Ba and Daba Diom are Persons with a Disability. Training received from IFAD-supported projects in rural areas of Senegal made them able to feed their families and send their children to school.

July 2018 - VIDEO
The number of international migrants worldwide is growing at a faster rate than the world's population, reaching 258 million in 2017. Every day thousands of people leave their homes in search of a better life.
view more