Sudan has faced substantial changes as a result of the independence of South Sudan in 2011, including the loss of human and land resources and three quarters of the country’s oil wealth. Sudan’s land area today is 1.9 million km² and it has approximately 35.5 million people, of whom 65 per cent live in rural areas.

So enhancing the performance of agriculture, including crops, livestock, fisheries and forestry, is vital for poverty reduction. Agriculture generates 35-40 per cent of GDP, according to the World Bank, and employs 70-80 per cent of the labour force in rural areas. But productivity is low and variable because of erratic climate conditions, degraded soils, low poor technologies and lack of knowledge.

In livestock husbandry productivity is low because of disease and parasites, sub-optimal breeding,  reduced access to traditional range resources.

The main constraints on rural livelihoods are access to markets, access to financial services, unpredictable  water shortages, and barriers to livestock migration.

The Government of Sudan is committed to structural reforms and tackling the roots of poverty, introducing several measures to benefit farmers and the poor.

Activities target the needs of rural poor people in the rain fed farming sector and help them build resilience against climate change. IFAD also supports improved access to services and markets in rural areas through infrastructure and is developing partnerships with private-sector and service-provider networks.

In addition, projects financed by IFAD integrate measures to ensure representation of women and youth in grass-roots organizations and on project management teams, as well as ensuring access to microfinance for women in remote rural areas.

Sudan remains a highly-indebted country that has accumulated sizeable external arrears. At end-2014, Sudan’s external debt was $43.6 billion in nominal terms, of which about 85 per cent was in arrears.

Sudan has been a priority country for IFAD for more than 20 years.

Two out of three Sudanese, or almost 24 million people, are estimated to live in rural areas. 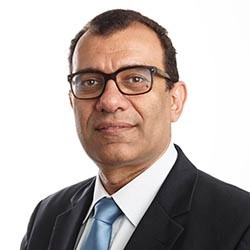 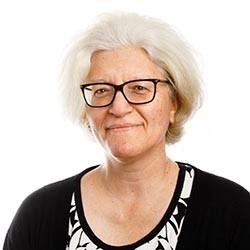 January 2017 - NEWS
Some 128,000 people, including pastoralists, women and youth, will benefit from a new financial agreement between the International Fund for Agricultural Development (IFAD) and Sudan aimed at intensifying an existing project’s efforts to improve livelihoods and resilience in the drought-prone Butana region.

October 2019 - NEWS
With over 80 per cent of the Sudanese labour force engaged in agriculture, a new €77.7 million programme that aims to increase food security and ensure access to natural resources is a vital investment in Sudan’s future.
view more

July 2020 - BLOG
Knowing the geographic location of people or things helps us to monitor well-being and assess the impact of events.
view more

Investing in rural people in Sudan

December 2018
Since 1979, IFAD has worked with the Government of Sudan to develop structural reforms that tackle the roots of poverty. IFAD has continued to support rural people in Sudan through investment projects focusing on sustainable resource management, value-chain development and support to farmer organizations.

December 2015
The analysis underlying the results-based country strategic opportunities programme for the Republic of the Sudan (RB-COSOP) developed in 2013 identified major constraints on the reduction of rural poverty. These included prolonged conflicts, the separation of South Sudan (2008), reduced oil revenues for the Government of Sudan; greatly increased numbers of people and livestock reliant on static technologies; environmentally and economically unsustainable pressures on finite natural resources exacerbated by the negative impacts of climate change; and little residual capacity within the public sector, all within a problematic geopolitical environment.
view more

March 2018 - VIDEO
Rural women are the poorest of the poor in Sudan. Access to education is severly limited and they often have little say in the running of their families or communities.
view more