Stretching 450km inland along the Gambia river, The Gambia is surrounded by Senegal except for its 60km beachfront on the Atlantic Ocean.

The economy relies upon agriculture, tourism and remittances.

Poverty and food insecurity are widespread, and nearly half its estimated 2 million people live in poverty. Forty per cent of inhabitants live in rural areas where 73.9 per cent live below the poverty line.

Over 60 per cent of Gambians depend on farming for their livelihood. Farmers and agricultural workers, especially women and young people, form a large part of the poor and extremely poor. Many are illiterate, and lack knowledge, skills, economic opportunities and access to productive resources such as credit, land ownership, and support services.

Weather-induced crop failures and shortages of cash often force farmers to sell part of their produce immediately after harvest, when prices are at their lowest, and buy grain at high prices during the hungry season (July–September). They are caught in a circle of low income, risk aversion and the use of low-output technologies

Traditionally, women do not own or control land, yet are more than half of the agricultural labour force. They lead production of rice, vegetables, fruit and small livestock, without access to credit.

IFAD strategy in The Gambia is to contribute to the reduction of poverty, food insecurity, vulnerability and youth unemployment in rural communities. Particular attention is paid to gender, nutrition, and climate change,

Activities focus on agricultural and rural development and aim to open up on- and off-farm employment opportunities for young people, women and men.

We work with traditional kafos (collectively run village groups) to enable IFAD-supported projects to reach out to the most vulnerable households.

Over 60 per cent of Gambians depend on agriculture for their livelihood.

Women are over half the agricultural labour force and produce around 40 per cent of total agricultural output. 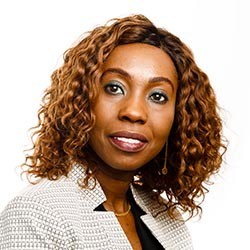 Digitalization of remittances: an opportunity for financial and digital inclusion - a specific country analysis on The Gambia

June 2022 - NEWS
On the occasion of the International Day of Family Remittances (16 June), IFAD will launch its new MobileRemit Africa report, which includes a specific country analysis about the Gambia.

November 2021 - NEWS
On 1 November 2021, the French Development Agency (AFD) and IFAD will sign a €7 million grant agreement to support the implementation of the project “Resilience of Organizations for Transformative Smallholder Agriculture” (ROOTS). The project aims to improve food security, nutrition and smallholder farmers’ resilience to climate change in The Gambia.
view more

March 2022 - STORY
Back in early 2020, when the first waves of COVID-19 were spreading around the world, IFAD launched the RPSF as a multi-donor initiative to sustain rural people around the world during the pandemic. With the RPSF’s help, many were able to start small businesses – and today, those businesses are sustaining local economies and building resilience.

Community gardens in the Gambia: one solution, many benefits

April 2019 - STORY
Anyone who stops by Berefet notices how local people cherish the community garden in this small village in the western Gambia.

May 2020 - STORY
The COVID-19 pandemic has shown us just how vulnerable agricultural value chains are to external shocks – and how much more we need to do to build the sector’s resilience.
VIEW MORE

Investing in rural people in The Gambia

June 2019
Since 1982, IFAD has supported 10 programmes and projects in The Gambia totalling US$93 million and directly benefiting more than 155,000 rural households.

May 2018
The Outreach Project was implemented in selected African countries (Gambia, Mozambique, and Tanzania) and aimed to improve the financia inclusion strategies of ongoing IFAD-funded operations by transferring and adapting innovative solutions, tools and methodologies previously tested in various countries of the Latin America and the Caribbean (LAC) region.

June 2018 - VIDEO
Almost half the world's agricultural workers are women, yet they own less land than men. Farmer Awa Jagne speaks about how access to land has changed her life.

The Gambia: Reclaiming the Land