The political context prevailing in the Republic of Tunisia post-revolution has been dominated by the preparation of a new constitution and the holding of legislative and presidential elections at the end of 2014, appointment of a Government in February 2015 and establishment of new institutions. The socio-political situation is fragile and made more so by preparations for the legislative and presidential elections scheduled for 2019.

Economic growth is led by tourism, agricultural production and robust exports (phosphates in particular). The country posted year-on-year GDP growth of 2.5 per cent in June 2018, the highest since 2014. The reforms planned to strengthen governance and improve access to financing should lead to greater job creation in the private sector. Nevertheless, Tunisia is still faced with deteriorating public finances and the problems posed by launching the necessary structural reforms for recovery. The risk of macroeconomic instability has risen as a result of higher inflation, which reached 7.5 per cent in August 2018, its highest level since 1991. The external context is also less favourable as a result of high oil prices and greater risk aversion in global financial markets.

Poverty rates remain high in Tunisia: 15.5 per cent of the population were living below the national poverty line in 2016, with a substantial gap between urban poverty (10 per cent) and rural poverty (26 per cent). There are wide disparities between regions rich in natural resources, such as the Northeast (10.3 per cent), and ecologically fragile regions where the main pockets of poverty are found, in particular the mountainous areas of the centrewest (32.3 per cent) and northwest (25.7 per cent).

The rate of undernourishment has remained virtually unchanged over the past 15 years (5.6 per cent between 2004 and 2006 and 5 per cent between 2014 and 2016). However, food security is under threat from climate change and degradation of natural resources, and the most vulnerable people are those living in rural areas, particularly women and young people.

Agriculture continues to play a key role, accounting for close to 10 per cent of GDP and 16 per cent of employment, and contributing to regional development. The agriculture sector, however, is subject to multiple structural constraints, including poorly organized value chains and limited access to financing. Agriculture is affected by severe water stress combined with poor soil fertility. According to projections, by 2025 drought will reduce the area planted to rain-fed cereal crops by about 30 per cent. The annual cost of environmental degradation is estimated at 2.7 per cent of GDP.  Although the constitution protects the economic, social, cultural and political rights of women, those who live in rural areas continue to face a number of constraints that limit their access to decent paid employment. Just 20 per cent of them earn their own income (compared to 65 per cent of rural men), and just 4 per cent of promoters of agricultural projects are women, whereas women account for 58 per cent of agricultural labour.

The overall objective of the country programme for IFAD and Tunisia for the period 2019-2024 is to improve the living conditions, incomes and climate change resilience of poor rural people, particularly women and youth. It will contribute to achieving several SDGs, in particular SDG1 (no poverty), SDG2 (zero hunger), SDG5 (gender equality) and SDG13 (combating climate change).

The strategic objectives (SOs) provide continuity with those implemented in the past, taking into account lessons learned and responding to the Government’s priorities: 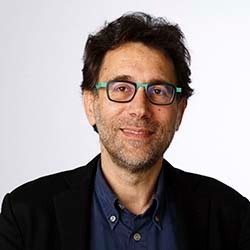 January 2017 - NEWS
Over 110,000 people in five of Tunisia’s districts in the Governorate of Siliana, home to some of the country's most disadvantaged people, will benefit from a financial agreement signed today between the United Nations’ International Fund for Agricultural Development (IFAD) and Tunisia.

October 2018 - NEWS
Development projects financed by the International Fund for Agricultural Development (IFAD) have contributed to better living conditions and less poverty in rural areas through substantial investments in natural resources management and socio-economic infrastructure, according to a new report presented today in the capital city of Tunis.
VIEW MORE

December 2020 - STORY
Benguerdane is a small town in the desert plain of El Ouara, a region in the extreme south-east of Tunisia, just a few kilometres away from the Libyan border. The climate there is forbiddingly arid, and the main source of livelihood is raising livestock like sheep and goats.

Caring for the Planet Starts from the Ground

December 2017 - STORY
Thouraya Lahmer and Aoun Ouni are two villagers from the south of Tunisia. Although they are not policy makers or soil experts, they both contribute to feeding the world.
VIEW MORE

February 2021 - BLOG
Many elements involved in IFAD-funded projects. As long as an element’s precise geographic coordinates are known, satellite imagery can be used to monitor any changes that have taken place.
VIEW MORE

January 2021
This case study presents an analysis undertaken for the IFAD-funded Agropastoral Value Chains Project in the Governorate of Médenine, Tunisia.

Investing in rural people in Tunisia

October 2018
Since 1980, IFAD has financed 13 rural development programmes and projects in Tunisia for a total cost of US$453 million, with an IFAD investment of US$194.6 million directly benefiting 125,850 rural households.

March 2015
In Tunisia, young women managed to set up their own small enterprises that produce and sell Al margoum, a traditional embroidery of Berber origin that was on the verge of disappearing.
VIEW MORE