Zambia’s economic situation has improved in the last decade, driven by economic and public sector reforms initiated in the 1990s and propelled by rising copper prices. Economic growth was around 6 per cent annually between 2005 and 2010. However, poverty levels have remained high, especially in rural areas. More than 60 per cent of Zambians live below the poverty line.

To foster more broad-based and inclusive economic growth, Zambia has sought ways to diversify its economy. It has targeted agriculture as a priority sector for poverty reduction and food security, since two thirds of the population lives in rural areas and relies on agriculture for income.

Agriculture accounts for about 20 per cent of GDP. It has the potential to be a major source of economic growth, given the country’s abundant fertile land and good rainfall. Agricultural productivity is very low by global standards. Faster agricultural growth is also critical to reducing rural poverty.

A living conditions survey in 2010 classified 78 per cent of Zambians as extremely poor or moderately poor in rural areas compared to 28 per cent in urban areas. The most commonly cited reason for poverty was the inability to afford agricultural inputs (32 per cent of the rural population) and the lack of capital to start up or expand farms.

The high cost of inputs, poor rural infrastructure, lack of oxen for ploughing, and the absence of rural financial services (apart from limited community-based schemes) make it difficult for smallholders to access needed resources.

The agriculture sector employs over half of the workforce, though its contribution to GDP has been gradually declining, to just 12.2 per cent by 2008. Smallholder yields have remained low since the beginning of the millennium, and sectoral growth averaged only around 2 per cent annually for much of this period.

In Zambia, IFAD loans support the commercialization of smallholder agriculture, in particular by enhancing crop and livestock productivity (including by reduction of livestock disease). They also create links between small-scale farmers and suppliers and market intermediaries, and help to increase access to rural financial services by small-scale farmers.

The IFAD country strategic opportunities programme is designed to help poor smallholders in remote areas make the best use of natural resources to improve food production and food security.

Activities target the poorest rural people, including households headed by women and/or affected by HIV/AIDS. Because women are largely responsible for household food production and income generation, they play a key role in IFAD's programmes and projects, which aim to reduce poverty by generating income.

IFAD also promotes policy dialogue on issues related to rural financial services, and to the development of policy, regulatory and institutional arrangements for the control of livestock diseases.

The economy in Zambia remains mainly dependent on copper. The agriculture sector employs over 50 per cent of the workforce.

More than 60 per cent of Zambians live below the poverty line.

Since 1981, IFAD has supported 14 projects and programmes in the country for a total amount of US$385.7 million, benefiting almost 5 million poor rural households. 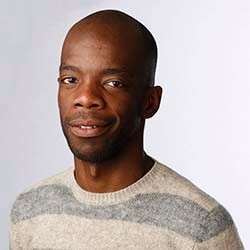 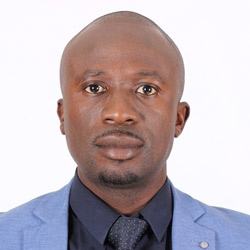 September 2017 - NEWS
African farmers from a remote village in northern Zambia have teamed up with the UN’s International Fund for Agricultural Development (IFAD) to send a giant message to world leaders gathering in New York this week – invest more in agriculture if you want to end poverty and hunger by 2030.

October 2018 - NEWS
This Call for Proposals is intended to select a recipient or consortium of recipients to receive IFAD grant financing to implement a project on Pro-poor Agricultural Innovation System for Sustainable and Resilient Agri-food Systems.

Zambia to benefit from US$22.2 million from IFAD to boost food security and nutrition and increase incomes of smallholder farmers

July 2017 - NEWS
Over 61,000 smallholder farmers will benefit from a financial agreement signed today between the International Fund for Agricultural Development (IFAD) and Zambia to increase the incomes and food and nutrition security of rural households. The project will promote market-oriented agriculture and focus particularly on women and young people.
view more

August 2017 - STORY
With her granddaughter in hand, Ruth Stephen Chileshe proudly shows off the large iron-roofed brick house she recently built selling maize, cassava, beans and ground nuts from her small farm in rural Zambia. Only 10 meters down the pathway stands the remnants of her old and much smaller home.
VIEW MORE

Stepping up rural finance to support smallholder farmers in Zambia

June 2020 - BLOG
World Environment Day is a day set aside to raise awareness about environmental issues and encourage protective action. This year’s theme is “Time for Nature.”
view more

August 2019
To reduce the amount of foreign currency spent on importing wheat, it is essential to use improved varieties and practices to increase Africa’s domestic production quickly.

December 2014
This case study illustrates how the Men's Campfire Conference (household methodology) has been used effectively in Zambia, highlighting how it has worked in a particular context. Links are provided to resources and online materials.

November 2014
This case study illustrates how Household Approach (household methodology) has been used effectively in Zambia, highlighting how it has worked in a particular context. Links are provided to resources and online materials.
view more

August 2017 - VIDEO
Carved into the very land that farmers use to feed their communities, the Field Report shows just how important investment in smallholder agriculture can be in reducing poverty in Africa and feeding a hungry planet.

May 2015 - VIDEO
icole Mason, Assistant Professor in the Department of Agricultural, Food, and Resource Economics at Michigan State University: It is a great pleasure to be here. I want to start out in Southern Zambia, we have two farmers' fields here.
view more