2018 Annual Report on Results and Impact of IFAD operations - IOE

2018 Annual Report on Results and Impact of IFAD operations

The report confirms that overall the performance of IFAD operations has been positive. Seventy-six per cent of all evaluation ratings are moderately satisfactory or better in the period 2007-2016. Currently, 80 per cent or more projects assessed against the criteria of relevance, innovation, scaling up, rural poverty impact and IFAD performance as a partner are rated moderately satisfactory or better. It is worth mentioning that a benchmark analysis of IFAD’s operations revealed that the Fund’s performance is generally better than or equivalent to that of other multilateral organizations supporting agricultural development.

The 2018 ARRI highlights however that the portfolio performance trend is flat, with signs of deterioration. In the period 2014-2016, sustainability, efficiency, innovation, scaling up, gender equality and women’s empowerment, government performance and rural poverty impact all declined slightly. Sustainability of benefits and efficiency remain longstanding bottlenecks for project performance, with the lowest means in the entire period of 2007-2016.

Targeting the rural poor is the learning theme of the 2018 ARRI. Based on the findings, the ARRI recommends to revise the 2007 Targeting Policy and guidelines in order to establish greater clarity on who IFAD interventions should target.  This is especially important given the emphasis on reaching the "poorest people in the poorest countries" in the IFAD11 Consultation report and the 2030 Agenda commitment of "leaving no one behind". 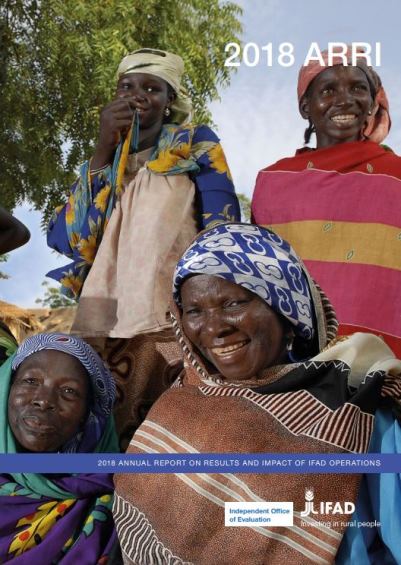