GALS has been developed under Oxfam Novib’s (ON) Women’s Empowerment Mainstreaming and Networking (WEMAN) Programme since 2008 with local partners and Linda Mayoux. The use of GALS in value chain development (VCD) was piloted by ON and partners in Uganda through a small IFAD grant (2009- 2011). It was rolled out by ON with local partners in Nigeria, Rwanda and Uganda with the support of a large IFAD grant (2011-2014) and in other countries with cofunding from other donors. 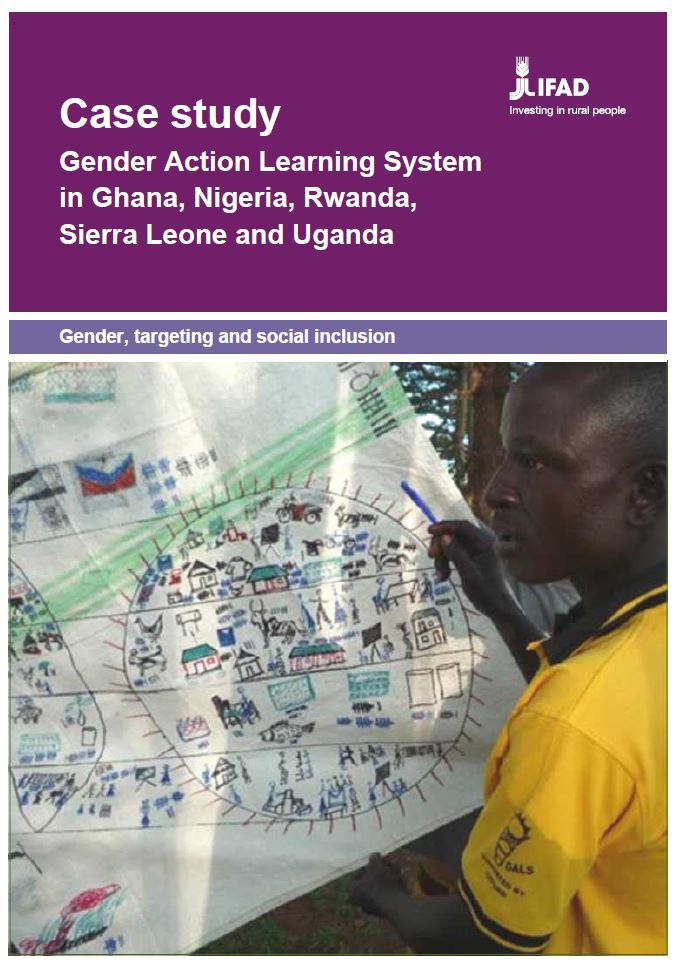