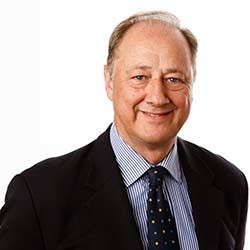 Antonio Rota has more than 30 years’ experience working with livestock in the rural development sector. He will be participating in a national conference on developing a vibrant goat sector in India, 16-17 April 2018.

So Antonio, why goats?

In all of my years of working in rural development, I have seen that when we talk about developing the livestock sector for the poorest, there are three production systems that are very relevant to them. One is the pastoralist, one is the dairy farmer, with one to three dairy cows, and the last one, for the poorest of the poor is developing small livestock, such as poultry, pigs and small ruminants, especially goats. Small livestock raising is an income-generating activity that requires little input.

The goat is an excellent investment and particularly suitable to raise at the household level. Goats produce milk, fiber, leather, and most of all, they are a source of meat. Goat meat is nutritious, tasty and valuable. It is eaten at ceremonies in a number of religions and cultures. Goat milk is particularly nutritious and more adapted for infant nutrition than cow’s milk; it’s more digestible and is of higher quality. It is often used to feed underweight infants and convalescent adults. The fiber is used to make cashgora wool, which attracts a high price in US markets. In Tajikistan, women combed their goats to collect fiber and made up to US$200 each by selling this cashgora wool in the US through a value chain that an NGO set up. Let’s not forget the manure. The manure is a fantastic fertilizer, and it is easy to use and naturally produced as pellets.

It seems like a done deal, what are the challenges in promoting goat production as a viable solution for poor rural communities?

The thing that frustrates me is that goats are seen as the “cow of the poor”. There is an inherent stigma against goats, they are not seen as a prestigious animal. In South America, for instance, cattle-owners enjoy a higher social status than goat-owners. In some cultures, the goat is associated with the devil. Even in development, goat grazing is often depicted as one of the main causes of desertification.

Access to water and forage is a real challenge. In Brazil, IFAD is investing in six projects in semi-arid and arid areas. By providing water, we are changing rural people’s lives and increasing their economic opportunities. If you have water, you have forage, when you have forage, you have better feeding and better production. By providing water, farmers were able to reduce the number of goats they raised and increase the quality of milk and meat they produced. They did not have to depend on the “produce a lot to get a little” approach. This actually alleviated pressure on the environment. Instead of 300 low-producing animals, producers each needed about 25 good milking goats. Instead of letting them loose to graze, they were kept in pens and fed high-quality forage.

We carried out a study a few years back in IFAD, and we were able to demonstrate that by promoting goat production in rural communities, we can double poor people’s incomes, with very little intervention. But, in order to facilitate a vibrant goat sector, we must minimize risks for the producers.

In Afghanistan, for example, we have a project in an area where women were raising goats but 70 – 80 per cent of young goats were dying of hemorrhagic septicemia. The project introduced vaccinations for young goats and the mortality went down to 0.5 per cent. This means that productivity went up dramatically.

Goats need to be protected from predators. In Nepal, our project required technical assistance to build better shelter for the goats to protect them from leopards.

So what approach is IFAD proposing for India?

India has the second largest goat population in the world, after China. Thanks to the Bill and Melinda Gates Foundation, we did a study that covers three states in India - Uttar Pradesh, Bihar and Odisha. There is a large portion of poor people in these states, people who have only one asset: goats. We can really have an impact on poverty reduction because we can demonstrate that we can double their income by improving their goat production and by connecting them to the increasing market demand for mutton and goat meat.

IFAD can play a part in upgrading existing value chains that connect producers, input suppliers, service providers, financial institutions and import-export companies in India and neighboring countries. There are various parties that are ready to invest. We would like to help producers and interested parties to come together and create the kinds of lasting partnerships that support goat producers and allow them to access the untapped market as equal partners. IFAD is specialized in brokering public, private, producer partnerships. We can make a change by helping rural communities to develop and improve the goat sector.

Conference on building a vibrant goat sector in India