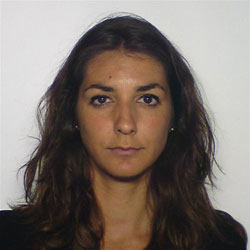 Come dry season every year, fires flare up across Indonesia, including in protected forest areas. Not only do these endanger the plant and animal wildlife in these forests, but they also spew clouds of toxic smoke that choke up cities and lungs, affecting 50 million people across Southeast Asia. Officials struggle to extinguish these fires, in part because the areas burning are peatlands.

Peat is a type of soil formed by partially decayed plant material that accumulates under waterlogged conditions over long time periods. It takes an average of a millennia and a half for 1 meter (3.2 feet) of peat to accumulate. Peatlands – areas covered by layers of peat – are essentially natural storage devices for huge amounts of carbon, helping to cool the climate. Globally, they hold almost twice as much carbon as forests – and when they burn, they release the carbon sequestered away, which contributes to greenhouse gas (GHG) emissions.

The tropical peatlands of Southeast Asia store more than three-fourths of global peat carbon stocks. They are rich in biodiversity, housing everything from orchids to orangutans, and millions of people depend on them for their livelihoods. Yet, these areas remain among the least understood and monitored in the world and are increasingly under threat from warming temperatures and human actions – which are turning them from being carbon sinks to carbon sources.

In Southeast Asia, especially in Indonesia and Malaysia, peatlands have been extensively drained and cleared using fire for agricultural purposes (mostly for oil palm, rubber, paper and pulp plantations). Since 2000, more than 90% of global land area expansion for oil palm production has taken place in Indonesia and Malaysia. As a result, there has been a dramatic increase in the frequency, intensity and extent of peatland fires. In Indonesia, peat fire hotspots include Sumatra and Kalimantan, where around 13 million ha (20,000 square miles) of peatlands have burnt up over the last few decades. These peat fires and haze events have been increasing in intensity and scale of destruction. The 2015-16 fires are thought to have caused 100,000 premature deaths, large-scale deforestation, massive GHG emissions and economic losses amounting to

over $16 billion USD in Indonesia alone. To address the issue, a peatland restoration agency was formed, and the Directorate of Peatland Degradation Control within Indonesia’s Ministry of Environment and Forestry was established in 2015. Yet, forest and peatland fires remain a major challenge, with over a million ha burning again in 2019, half of which were peatlands.

So what can we do to reverse course? One important step would be to transition to fire-free sustainable peatland management in plantations. This could include implementing zero-burning techniques of land preparation, developing peatland-adapted livelihoods, and encouraging financially viable agribusiness options for peatland fire risk reduction. As part of the International Fund for Agricultural Development (IFAD) supported ASEAN Peatland Forests Project (APFP) funded by the Global Environment Facility (GEF), communities in Indonesia were trained to manage and control fires. Community fire groups and brigades were also established, and innovative community regulations to prevent fires supported these measures.

Rehabilitating and restoring degraded peatland areas is also crucial. The U Minh Thuong National Park in Vietnam, where APFP supported on-the-ground community-based restoration, was designated as an ASEAN Heritage Park and officially recognized as a Ramsar site in 2015. Key to this success was raising awareness of the importance and value of the peatland ecosystem within the local community. Developing alternative livelihoods in the buffer zone was also critical. The 51 households living in the buffer zone were issued “green contracts” to better manage the buffer zone and to adopt alternative income-generation activities such as fruit and vegetable growing, fish farming, and livestock and poultry management. This integrated approach has meant that the national park has seen no forest fires or illegal activities since 2009, while household incomes have increased to $5,000 USD per year. The native vegetation and wetland habitats and the biodiversity in the park have all seen an uptick.

Another scheme that took a microfinance approach to engage local people in reforestation activities in Indonesia, the “Buying Living Tree System”, hinges on the community being involved in seedlings aftercare and maintenance instead of just planting predetermined number of seedlings, and thus has a longer scope in operation. This was so successful that it the Philippines is replicating it on a national scale.

Restoration of peatlands also requires a behavioral change by everyone involved at the landscape level – including government institutions, large-scale private sector plantations, smallholder farmers, NGOs, etc. The National Action Plans on Peatlands developed in most ASEAN countries are an important policy step to promote sustainable peatland management. However, insufficient law enforcement, lack of inter-agency coordination, relatively weak governance, and poor institutional capacity for forest and peatland management have been barriers to its implementation.

The problem of transboundary haze pollution will require a strong regional solution. ASEAN has played a leadership role in pushing the ASEAN Agreement on Transboundary Haze Pollution (AATHP), ratified by all ASEAN member states. The AATHP seeks to promote sustainable peatland management, restore damaged peatlands, and reduce the rate of further degradation. However, there is still a need for credible data to prioritize action, a strengthened and inclusive coordination mechanism to align various stakeholder actions to tackle an agreed set of priorities, as well as funds to promote haze-free agriculture and the sustainable management of peat swamp forests. The IFAD-funded regional program Measurable Action for Haze-Free Sustainable Land Management in Southeast Asia (MAHFSA), implemented by ASEAN with support from the Global Environment Centre and the Center for International Forestry Research, aims to address this gap.

These initiatives are playing a catalytic role in halting further degradation of forests and peatlands by preventing conversion and land clearance using fire. They are also encouraging the adoption of haze-free farming systems by both smallholders and large plantations. But there can be no room for complacency. We must continue to strengthen regional coordination to protect and restore peatlands – and all the rich variety of flora and fauna they are home to – as well as preserve the health of the people in Southeast Asia.

This commentary was originally published on Mongabay.