A woman teaches her daughter to carry water at the Guidan Tanko Village well in Aguie, Niger. Rural women and girls spend up to four hours a day collecting fuel and water for household use – time that could more profitably be spent in school or earning an income.

Rural women make up about a quarter of the world's population and are disproportionately affected by the realities of poverty, food insecurity and poverty.

For these women the international consensus reached at the United Nations Sustainable Development Summit in New York in late September represents a critical step forward: the ratification of a major global development agenda that includes key goals and targets that resonate with the lives of rural women.

The commitment to ‘leave no one behind' was a key feature of all the discussions on the post-2015 agenda and underlies the 17 new Global Goals.

This inclusivity is particularly relevant for rural women, the majority of whom depend on natural resources and agriculture for their livelihoods.

In 2012, a report prepared by the Inter-Agency Task Force on Rural Women found that globally, and with only a few exceptions, rural women were faring worse than rural men and worse than urban women and men for every Millennium Development Goal (MDG) indicator for which data were available.

This time around, the new SDGs are better equipped to track the empowerment of rural women, says Clare Bishop-Sambrook, IFAD's Lead Technical Specialist in Gender Equality and Social Inclusion.

"Rural women continue to face many challenges that affect not only their quality of life, but also their productivity," says Bishop-Sambrook.

"They lack time, are often not able to access key resources and services, experience lower returns to inputs than men, and have less than equitable shares in the benefits of market-related activities," she continues.

"The 17 Global Goals provide a much more coherent framework within which to track change from the perspective of rural women and, moreover, to identify more potential areas of intervention," says Bishop-Sambrook. 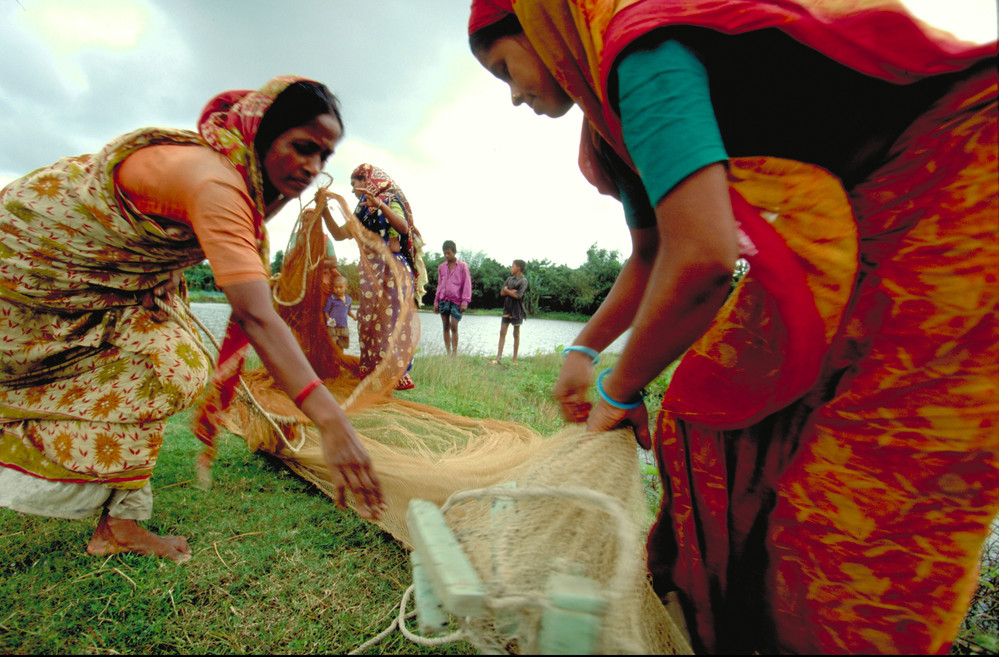 Improving the lives of rural women

Across the developing world, rural women participate in crop production and livestock care, provide food and collect water and fuel for their families, and make time for off-farm activities to diversify their families' livelihoods. They also play a vital unpaid role in caring for children, older people and the sick.

On 15 October, the United Nations celebrates the International Day of Rural Women, which recognizes rural women's importance as agents of  change in agriculture and rural development worldwide.

IFAD is dedicating the day to the thousands of women leaders who have stepped up over the last two decades and worked relentlessly to empower rural women worldwide and to give them a voice.

To commemorate the day, IFAD will be hosting a special AgTalksevent devoted to rural women. AgTalks is a live webcast video series spotlighting the latest thinking, trends and research regarding policies and innovations in smallholder farming.

Rural women represent approximately 43 per cent of the global agricultural labour force, and produce, process and prepare much of the food consumed around the world.

Although they face a number of challenges, rural women also have the potential – given the right conditions and support – to help build a better world.

Indeed, evidence shows that greater gender equality leads to higher economic growth, improved food and nutrition security, and a better quality of life for all.

"When women are empowered economically, income flows increase," says Bishop-Sambrook. "When women's participation in household decision-making is strengthened, not only does the overall household-asset base increase, but also its composition changes, with women typically spending a higher proportion on food and other items to meet immediate household needs."

This has a ripple effect on families, communities and countries.

Building gender equality at every level

IFAD is firmly committed to empowering women and working to build gender equality at every level.

Women's representation among people receiving services from IFAD-supported projects has grown from 28 million in 2011 to almost 56 million in 2014, and the most recently reported results show that women now account for almost half of all participants.

Mordasini's message on the International Day of Rural Women underlines IFAD's engagement and firm support: "With the Global Goals agreed, we are committed to stepping up our efforts with our partners in this crucial task: to achieve gender equality and empower all women and girls by 2030."