IFAD began operations in Angola in 1989. In 2005, only three years after the end of almost 30 years of civil war, IFAD and the Government of the Republic of Angola signed a Country Strategic Opportunity Paper (COSOP), aimed to reduce the poverty and improve the food security of small-scale farmers. The COSOP moved operations from the Northern provinces to the central highlands, addressing more directly these issues.

IFAD was instrumental in focusing on poor small-scale farming households and upscaling the Farmers Field School as national agricultural extension methodology. Among the results, participating households managed to grow out of subsistence through increased productivity of maize, cassava, beans and potatoes. By enabling access to mechanization services, producers’ organisations and associations expanded their common fields, leading to an overall production increase by 30 to 50 percent. This allowed better availability of food, incomes from the sale of the surplus on local markets, and investments for the following cropping season.

The evaluation found, however, that the sustainability of results would be at risk without an enabling policy environment and incentives that support family farming as well as agricultural and rural development. Such an environment is necessary to turn agriculture into an attractive sector for youth, providing better opportunities for a dignified life. The evaluation also found that IFAD's projects in Angola did not take into due consideration capacity development needs because of the dearth of qualified human resources in the country.

Among other recommendations, the evaluation suggested to improve efforts in supporting women in taking on leadership positions in producers’ organisations, as they play a major role in Angolan agriculture. 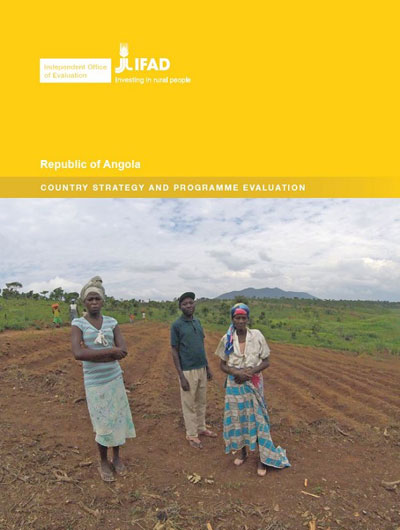