IFAD has been financing projects in support of indigenous peoples since 1979, in particular in Latin America and Asia. According to United Nations estimates, there are more than 370 million indigenous people worldwide spread across some 70 countries. They continue to be overrepresented among the poor: while they constitute just 5 per cent of the world's population, they account for 15 per cent of the world’s poor people.

This evaluation synthesis report confirms that IFAD is in a unique position among development agencies to support indigenous peoples' social and economic empowerment. Given its mandate and focus – rural poverty reduction with attention to the vulnerable and marginalized, participatory approaches, community development, empowerment and social inclusion, IFAD has naturally followed a proactive approach to supporting indigenous peoples.

In light of its unique position and comparative advantage, and building on its experiences so far, there is still room to strengthen the consistent implementation of IFAD's policy on engagement with indigenous peoples, in particular at the level of investment projects.

The report highlighted the importance of paying greater attention to key project design elements, such as devising tailored and differentiated approaches to build on the culture, identity and knowledge of the indigenous peoples' communities.

The report also highlighted the importance of enhancing staff understanding on indigenous peoples' issues. IFAD could further strengthen knowledge management in this area, taking advantage of substantial experience, lessons and knowledge of engagement with indigenous peoples. 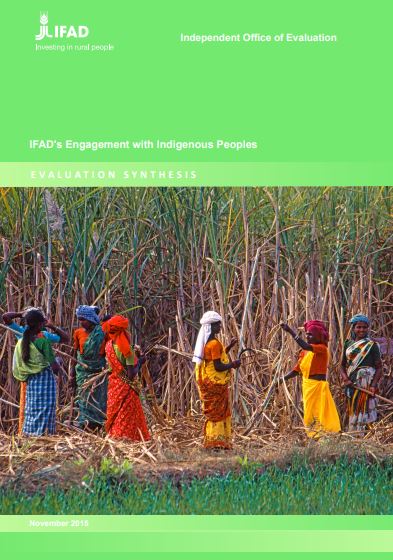