Rome, 24 February 2022 – IFAD has been the first international financial institution (IFI) to provide direct support to the most vulnerable group in Uzbekistan, the dehkan farmers, by pioneering loan financing to horticulture and dairy. Simona Somma, Evaluation Officer, Independent Office of Evaluation of IFAD (IOE), highlighted this important finding of IOE’s Country Strategy and Programme Evaluation (CSPE) in Uzbekistan during an on-line learning workshop, on 24 February 2022.

“We highly recognize the results and findings of IOE’s review of IFAD’s strategy 2011-2020. It clearly generates new ideas and mechanisms for the future, and enhances partnership between Uzbekistan and IFAD”, affirmed his Excellency Otabek Khamidullaevich Akbarov, Ambassador and Permanent Representative of the Republic of Uzbekistan to IFAD, in his opening statement.

While IFIs support larger scale producers in Uzbekistan, IFAD has focused its efforts on promoting the dehkan farmers, who are a clear niche for the Fund. The Government and other financers have noted IFAD’s undertakings vis-à-vis horticulture and dairy production, which are sectors that are likely to be financially and economically sustainable, despite the negative impact of COVID-19 on markets.

“IFAD is one of our most significant, flexible and responsive development partners. We are grateful to IFAD for supporting Uzbekistan’s agriculture development through the implementation of important projects aimed at facilitating agro-food production value chains”, stated the Honourable Vafaev Shukhrat Abdusharifovich, Deputy Minister of Investments and Foreign Trade.

Co-organized by the Government of Uzbekistan and IOE, in collaboration with IFAD’s Near East, North Africa and Europe Division (NEN), the on-line virtual workshop brought together a wealth of high-level attendants, including the Hon. Vafaev Shukhrat Abdusharifovich, the Hon. Yuldashev Kakhramon Anvardjanovich, Deputy Minister of Agriculture, and his Excellency Otabek Khamidullaevich Akbarov. Over ninety participants joined the event, representing the government of Uzbekistan, development partners, civil society organizations, private sector partners, and IFAD senior management and staff.

The main objectives of the CSPE were to assess the results and performance of the IFAD strategy in the period 2011-2020, which focused support to the dehkan farmers. The findings, lessons and recommendations from this CSPE will inform the preparation of IFAD’s Country Strategic Opportunities Programme (COSOP) in 2022.

During the period under review, IFAD’s support in promoting rural development was aligned with the country needs and priorities and, according to the government, will continue to be relevant for Uzbekistan given the persistent disparities in living standards between urban and rural areas and the effects of the global pandemic, which is reducing growth and creating additional financing needs. In this regard, the Government of Uzbekistan is paying increasing attention to the poorest and to technical innovations, partnership building and policy dialogue – which opens important opportunities for IFAD’s next COSOP.

“This evaluation gives us an opportunity to take stock of the IFAD COSOP, draw lessons from the experience, and adjust to the weaknesses and build on the successes in the rapidly evolving context of Uzbekistan”, noted Ms Dina Saleh, Regional Director, IFAD NEN.

During the event, participants acknowledged that it is not possible to quantify the rural poverty impact of IFAD’s strategy and programme in Uzbekistan, largely due to the fact that available data is not sufficiently robust. In this regard, it is difficult to draw clear links to policy development and attribute the growing interest of the Government on dekhan farmers to IFAD. At present, it is not possible to know whether poorer dehkans are accessing finance or participating in project activities, as poverty data on this group are not available. In practice, the large size of the loans and the collateral requirements would suggest that they are not.

“The CSPE found that IFAD’s targeting strategy was not sufficiently tailored to the needs of the different beneficiary groups, including the poorest smallholders - the dehkan farmers”, underscored Indran Naidoo, Director, IOE.

In light of these challenges, future targeting strategies should be more effective in reaching genuinely poor dekhans, narrowing the gaps between men and women and between generations, in rural areas. Furthermore, IFAD could add value in policy and capacity building on issues such as pro-poor value chains, climate smart agriculture, public-private partnerships and private sector engagement. In this regard, future grants could be used to support piloting of innovations as they are developed.

IFAD and the Government must also work together to ensure data collection, analysis and use moving forward. Data should be collected according to a clear plan and analysed to ensure course correction as needed.

“Collecting data and statistics is one of our priories. We have to create a system of automatic data collection, and ensure transparency in collecting reliable data. For the future, we hope that in cooperation with IFAD we will be able to address these issues”, stated the Hon, Yuldashev Kakhramon Anvardjanovich, Deputy Minister of Agriculture.

In Uzbekistan, agriculture has been, and continues to be, an engine of economic growth. Yet, access to finance, production infrastructure, extension services and value chains remains limited. Uzbekistan joined IFAD in 2011, since then IFAD has approved three loan projects in the horticulture and dairy production sectors (including in-project grants) for a total of US$128 million, along with two regional grant funded activities. 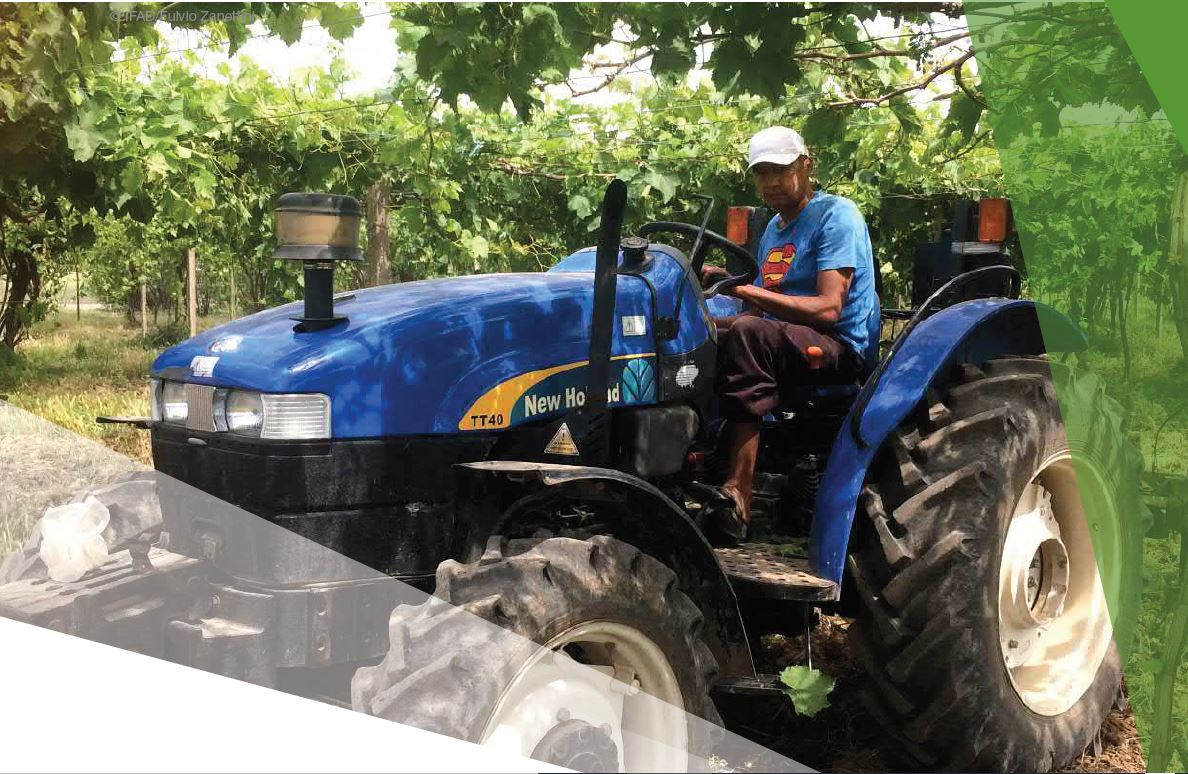 Uzbekistan Country Strategy and Programme Evaluation – Virtual National Workshop
The Government of Uzbekistan and the Independent Office of Evaluation of IFAD (IOE), in collaboration with IFAD’s Near East, North Africa and Europe Division (NEN), organized a virtual national... 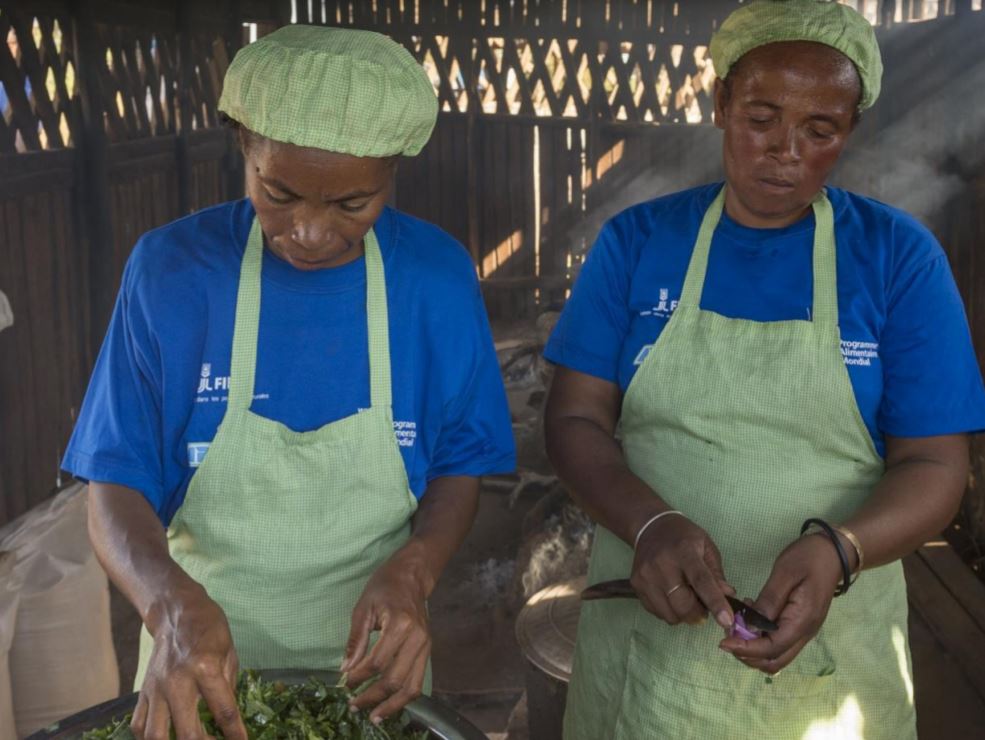