The United Arab Emirates played a major role in the establishment of IFAD in 1977 and has been one of its key supporters since then. Its support of IFAD has been fundamental in combating poverty and strengthening development activities in developing countries.

IFAD has served as an instrument for the United Arab Emirates and other Gulf countries to channel resources to developing countries’ agricultural sectors, as well as a global forum on food security, in which Gulf countries have played a key role. 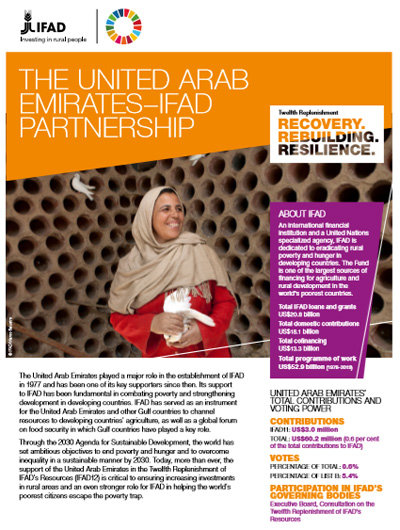