Since the 1990s, Colombia has experienced sustained, strong economic growth. However, it is one of the most unequal countries in the world. The gap between urban and rural areas is particularly wide. While the incidence of poverty is 27.8 per cent of the population at the national level, 40.3 per cent of rural people live in poverty. The percentage is even higher among indigenous peoples and communities of African descent. The agricultural sector represents 6.1 per cent of Colombia’s GDP and 16.3 per cent of employment. However, these figures could be even higher because the country has huge agricultural potential. 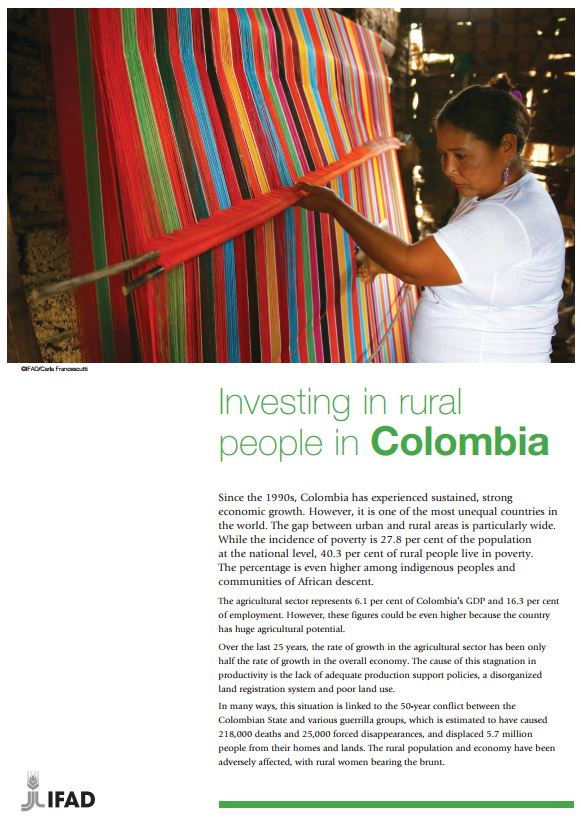