IFAD’s current approach in the Pacific Islands is centred on building partnerships. Since 2013, the amount of IFAD resources provided for projects undertaken with partners for the Pacific has more than doubled, from around US$7.5 million to over US$15 million.

When considered along with projects now in the approved pipeline, IFAD resources committed to projects under implementation are expected to reach US$23 million by the end of 2016, effectively tripling the 2013 level.

At present, resources committed by IFAD to ongoing projects have attracted substantial financing from partners, reaching a total value of US$67 million. That means that for every US dollar that IFAD has invested, our partners have invested four. 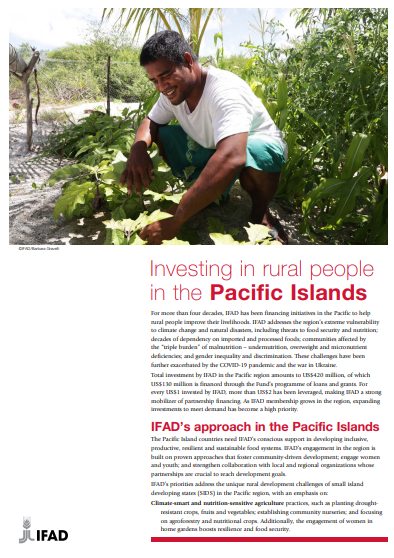