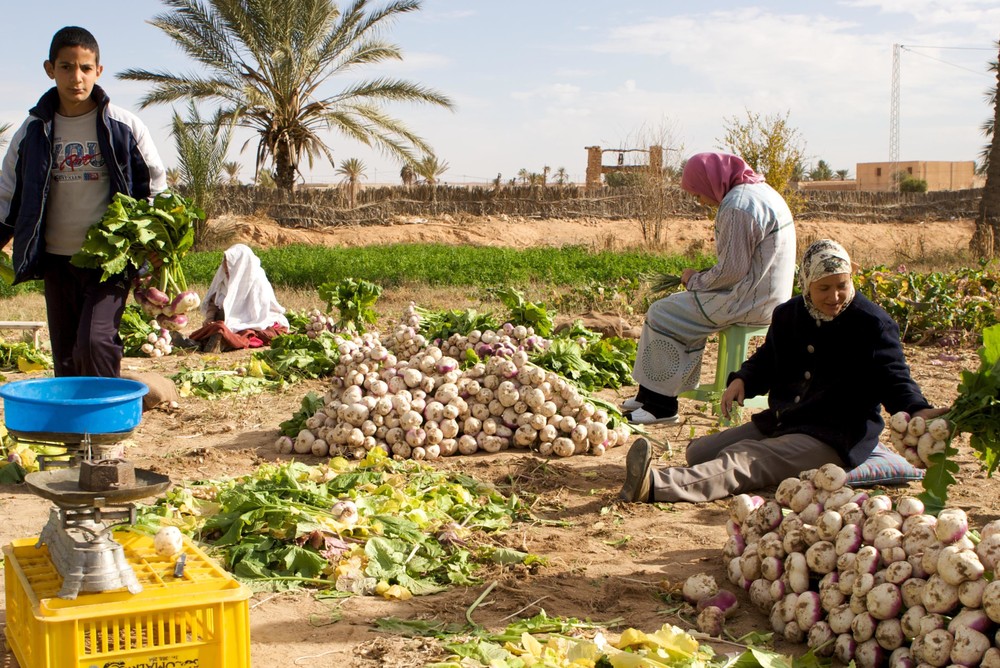 Across the region, female workers are over-represented in vulnerable employment with less access to benefits or social protection programmes. In the Near East and North Africa, almost 40 per cent of the rural female workforce work as unpaid family workers. ©IFAD/Susan Beccio 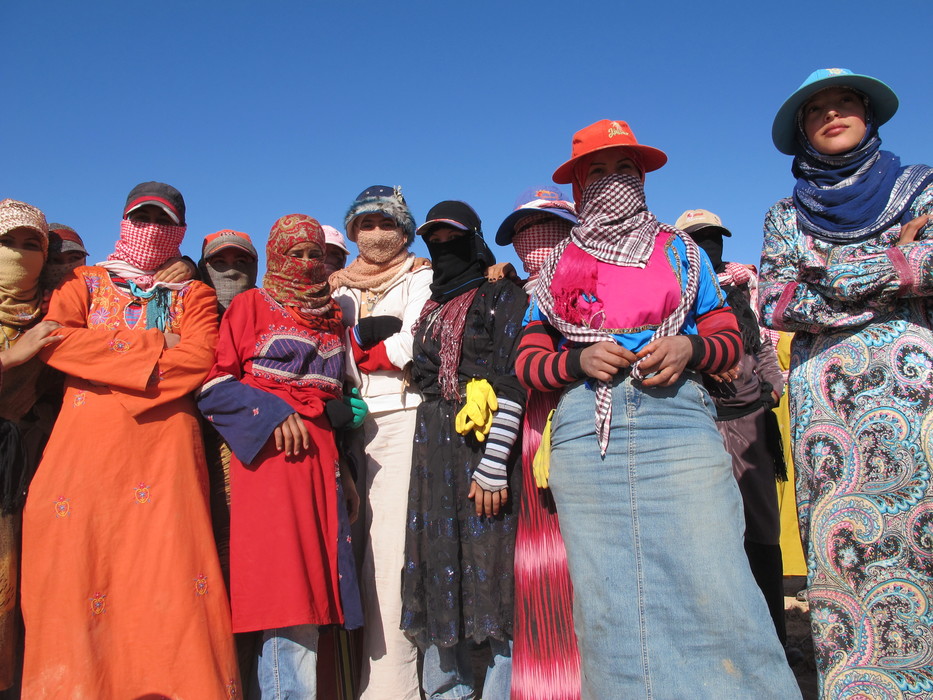 The Near East and North Africa sub-region has the lowest percentage of women in the labour force worldwide. Only 25% of women are actively participating in the workforce, and in Syria and Jordan the percentage is as low as 13 and 16, respectively. ©IFAD/Sarah Morgan 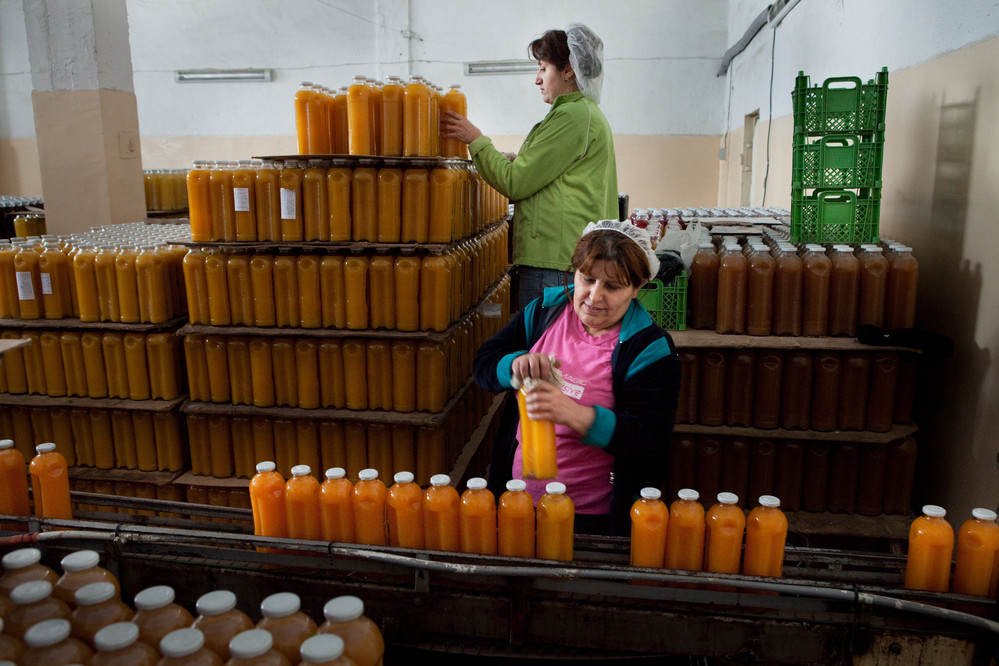 The gender wage gap in the Eastern Europe and Central Asia sub-region varies greatly. While the average hourly wage gap between men and women is 22%, countries such as Tajikistan and Azerbaijan have pay gaps at around 50%, among the highest in the world. ©IFAD/Marco Salustro 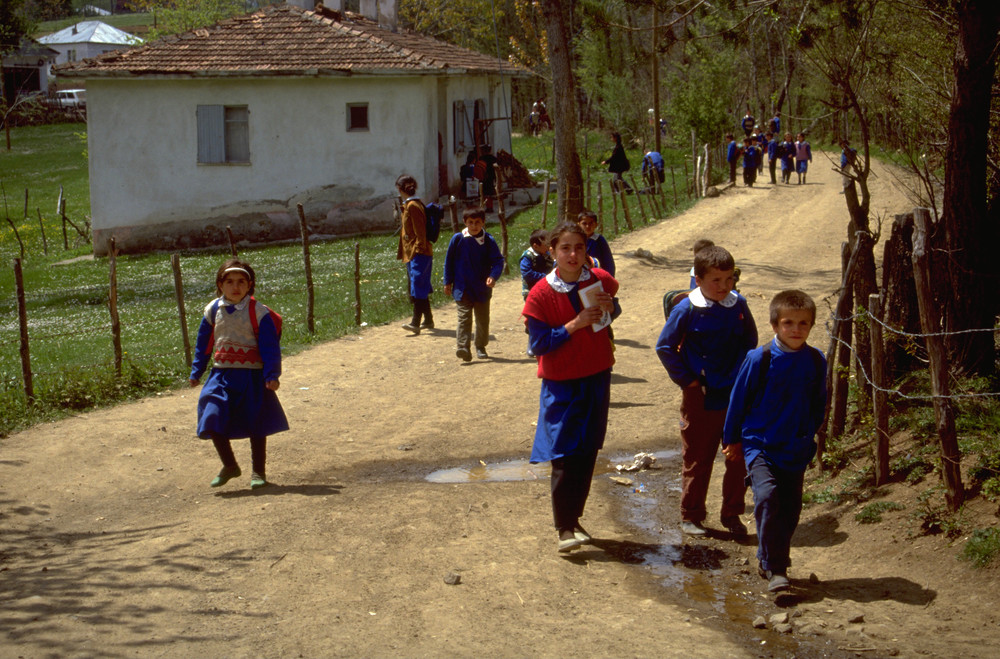 The gender gap in education in the Near East and North Africa sub-region has narrowed in the past decades. Women's secondary school enrolment rates rose from 46 to 69 % between 1991 and 2009. In several countries, female students outnumber male students. ©IFAD/Susan Beccio 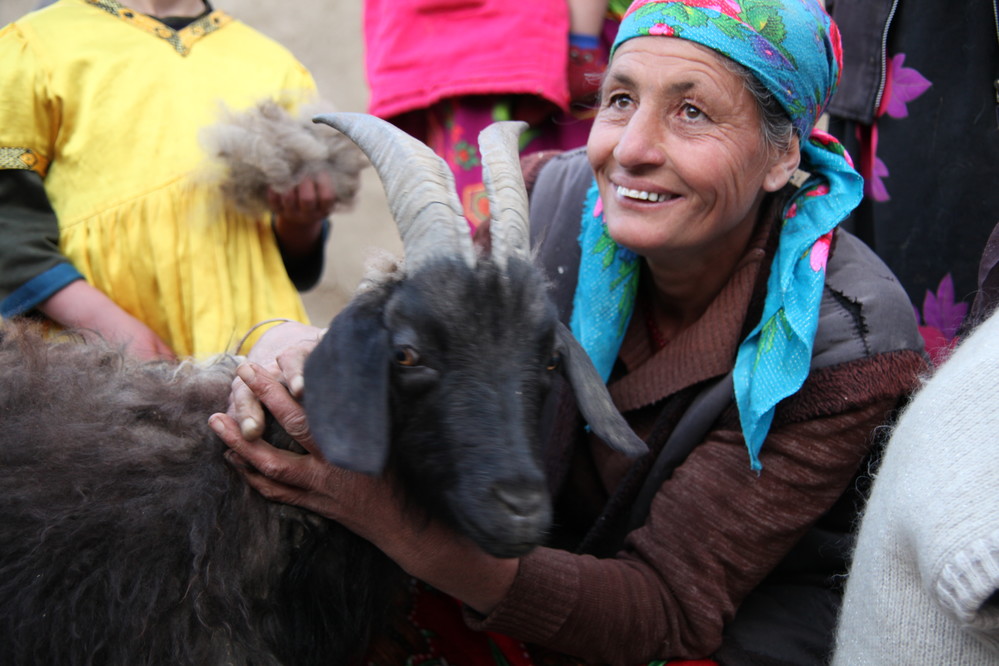 The introduction of the quota system has accelerated women’s political participation in most countries across the region. Algeria has the highest level of female representation in parliament (32%), followed by Tunisia, Sudan and Kazakhstan (27, 25, and 24%). ©Liba Brent/ICCARDA/IFAD 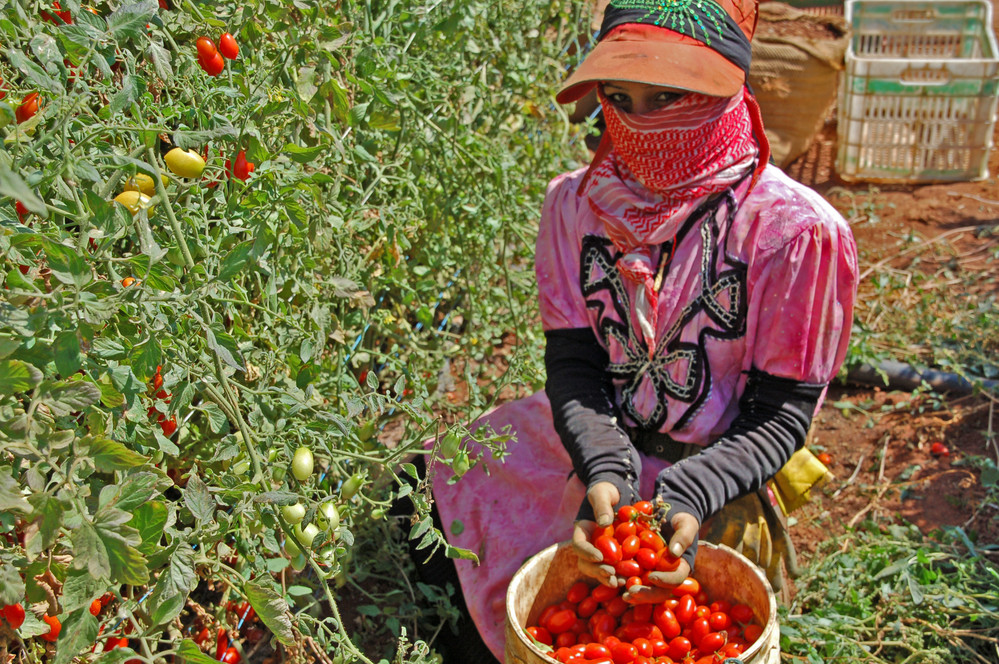 In the Near East and North Africa sub-region, women represent less than 5 per cent of all agricultural land holders. Customary law and discriminatory practices prevent women from owning land even if they have equal legal rights. ©IFAD/Taysir Al Ghanem 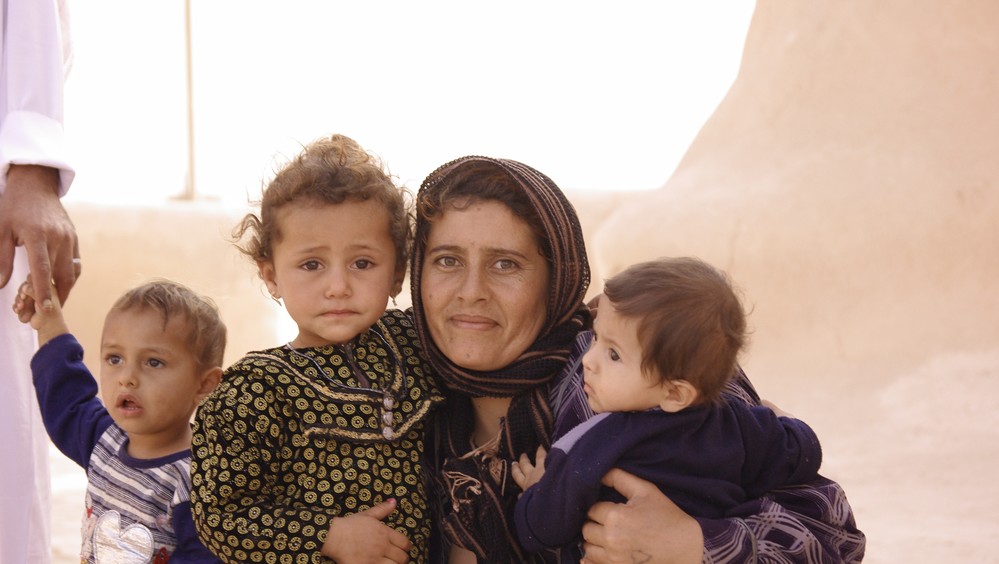 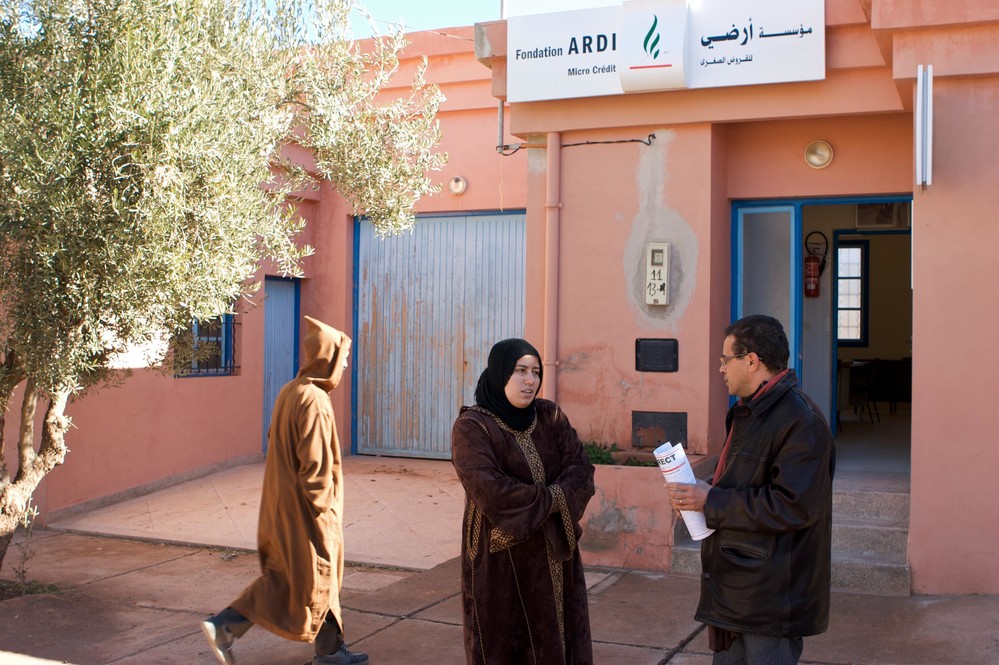 The gender gap in access to credit is prevalent across the two sub-regions. While women have the same legal rights to access bank loans as do men in most countries, women are often restricted from obtaining loans by discriminatory practices. ©IFAD/Susan Beccio 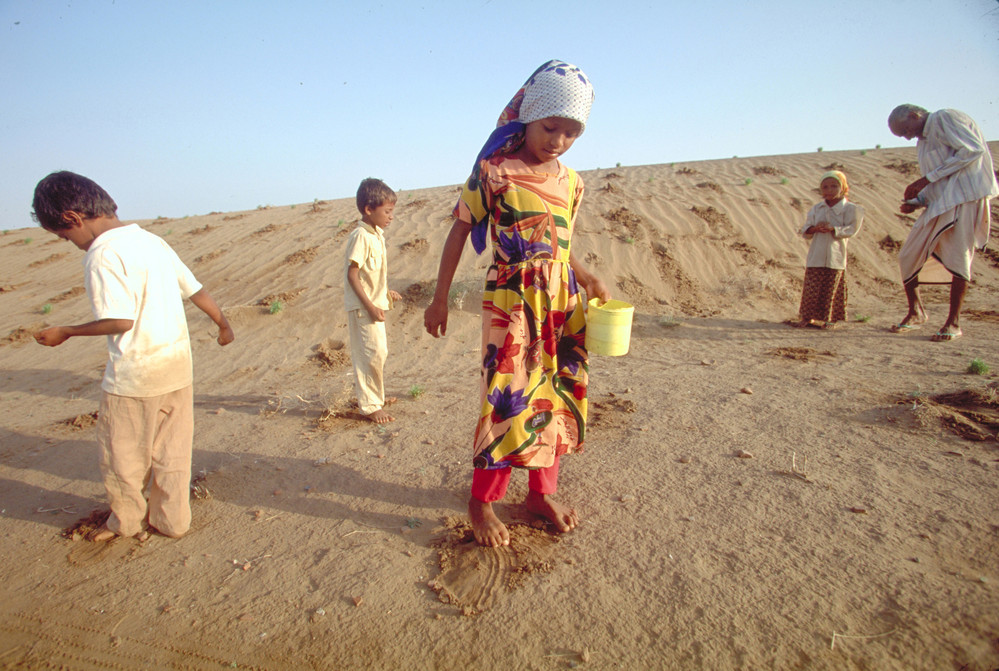