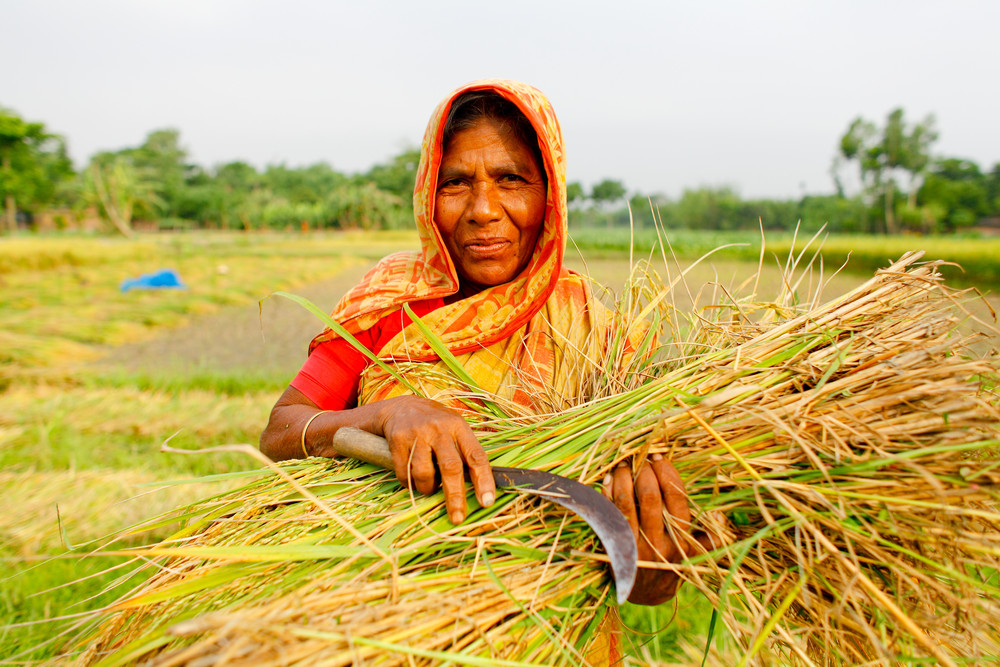 ROME, Italy, 4 April 2012 – In rural households throughout the developing world, women and girls work hard each day to protect their families' basic rights to nutrition, health and well-being. Research shows that they comprise 43 per cent of all smallholder farmers and spend an average of 20 per cent more time than men working on agricultural and domestic chores. Yet they have far less control over the land they cultivate or the income they earn.

Who, then, is safeguarding their fundamental right to a decent livelihood and enabling them to realize their development potential?

While the international community as a whole must answer that question, IFAD's Executive Board offered its response yesterday. After extensive deliberations, the board approved a new policy that places gender equality and women's empowerment at the heart of the organization's ambitious strategic plans for reducing rural poverty.

Since its founding in 1978, IFAD has increasingly made overcoming gender inequalities and empowering women a cornerstone of its operations. As a consequence, it is at the forefront of work on gender issues in the context of agricultural and rural development. The new policy recognizes and endorses this commitment at the organization's highest level.

Deeper impact
Such recognition is essential for success on the ground, noted Clare Bishop-Sambrook of IFAD's Policy and Technical Advisory Division. "IFAD has set a target to lift 80 million people out of poverty by 2015," she said. "To meet that target, we have to take the gender dimensions into account."

The new policy officially integrates those dimensions into IFAD's work, asserting that development projects have a deeper, more sustainable impact when women are empowered and gender roles and relations are more equitable. Specifically, the policy mandates the following objectives for the design, implementation and evaluation of all IFAD projects:

The gender policy also sets out a framework for assessing results in IFAD country programmes and projects. That framework includes indicators on, for example, the proportion of loans and grants issued with gender-specific goals and the level of gender balance within IFAD's staff.

In fact, Nwanze pointed out, equal access to economic opportunities and services for women is "one of the most effective strategies for reducing poverty and malnutrition." If women farmers had the same access as men to resources and inputs, he said, agricultural productivity would rise sharply.

With its policy decision yesterday, the Executive Board reaffirmed this key point. Along with the other Rome-based food and agriculture agencies, FAO and WFP – which have adopted their own policies on gender equality – IFAD is placing its reputation and resources behind an idea whose time has clearly come: Rural women hold the key to ensuring food and nutrition security, and gender equality is a major contributing factor to poverty reduction worldwide.