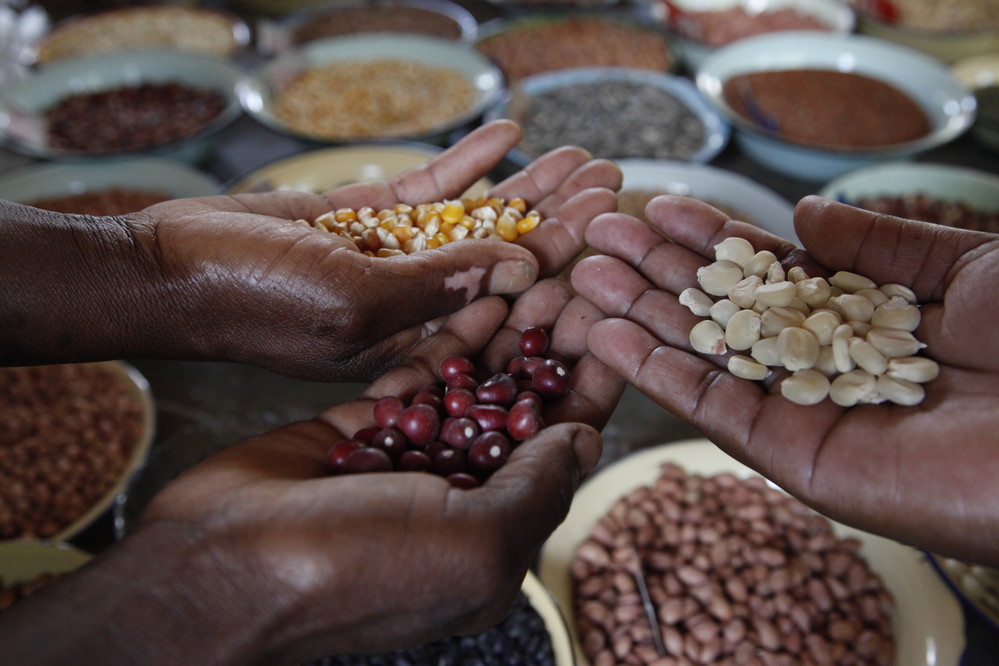 4 August - Rome - Equitable and sustainable access to biodiversity is crucial for food security, economic stability, growth and poverty reduction. A concept known as "conservation through sustainable use" is fundamental to the livelihoods of smallholder farmers, who use and protect plant and animal diversity as they feed themselves and their communities. Many smallholders farm on marginal land, living and working under the harshest effects of climate change.

Helping these farmers develop capacities to manage biodiversity while adapting to climate change is the goal of the Programme for Scaling up Peoples' Biodiversity Management for Food Security. This programme aims to capture the knowledge and experiences of indigenous peoples and smallholder farming communities as part of global responses to climate change. It began in 2012 and is supported by Stichting Oxfam Novib with a grant from IFAD.

The initiative operates in Peru, Viet Nam and Zimbabwe, benefiting 83,000 households. It focuses on women as the primary stewards and custodians of biodiversity. In the first year of operation, 49 farmer field schools were developed in the three countries.

A baseline survey was undertaken to assess climate change trends and traditional coping strategies for food security. It aimed to identify the most promising innovations for farmers to implement.

In Zimbabwe, the programme works in four districts where poverty is high and rainfall low. It reaches 5,800 households, 60 per cent of which are headed solely by women. On holdings of less than 1 hectare, these farmers grow mainly maize, along with sorghum, pearl millet, groundnuts, cowpeas, soybeans and bambara groundnuts. They report longer and more severe dry spells, shorter growing seasons and more pests and diseases than in the past, and perceive these developments as a strong indication of climate change.

The farmer field schools teach strategies for coping with these challenges. With better access to crop varieties and breeding materials, farmers can combine early- and late maturing varieties and drought-tolerant and pest-resistant varieties. To date, the schools have introduced and evaluated 483 climate-resilient crop varieties, cultivars and segregating lines. This has enabled farmers to improve their seasonal agricultural planning. Using basic but effective tools, they are also recording weather data, such as rainfall and wind direction.

In Viet Nam and Zimbabwe, the programme is making innovative use of video diaries to share ideas and communicate farmers' challenges and capacities. Using flip cameras, eight video diaries were produced during the first year. Shown during awareness-raising and training sessions, the diaries are also a helpful tool in meetings with national officials.

IFAD is now helping to scale up this global programme in five other countries – India, the Lao People's Democratic Republic, Mali, Myanmar and Senegal – thanks to the substantial additional investment of €15.0 million by the Swedish International Development Cooperation. A new thematic approach has been developed, with three focus areas: farmer seed enterprise; women and nutrition; and neglected and underutilized species.

This story was originally published in IFAD's 2014 Annual Report