The Road to Addis: Partnership is the cornerstone of development

The Road to Addis: Partnership is the cornerstone of development 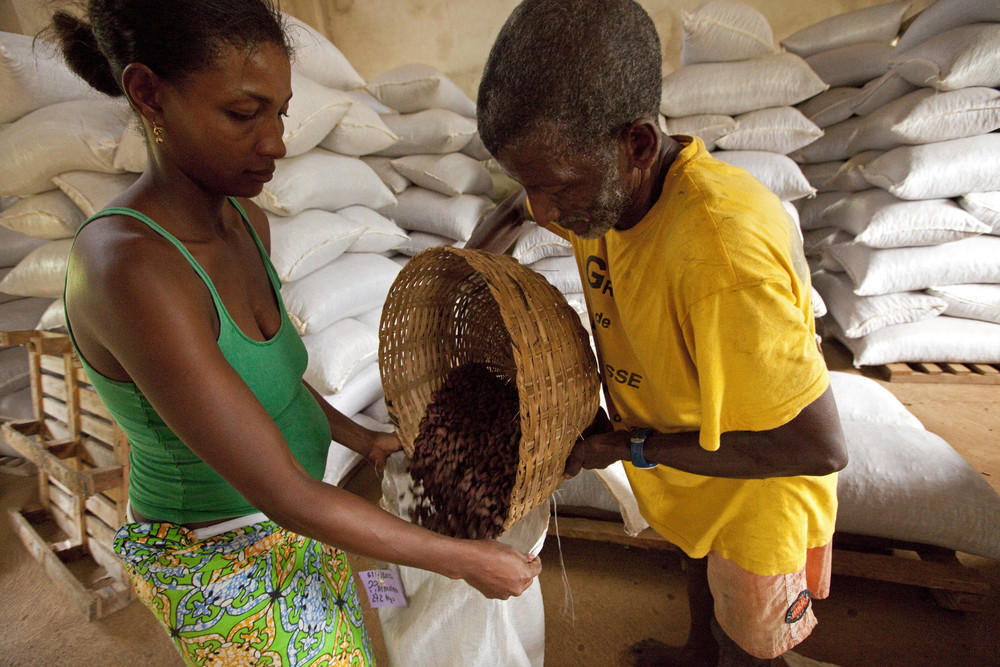 This week the international community gathers in Addis Ababa for the Third International Conference on Financing for Development. The conference aims to mobilize the resources needed to finance the proposed Sustainable Development Goals (SDGs).

Solving the problems of poverty, hunger and climate change requires courage, political will and, above all, a sense of global cohesion. It also requires working together in partnership, which is at the heart of IFAD's work.

At IFAD we consider partnership an important aspect to improving food and nutrition security, increasing income and strengthening the resilience of smallholder farmers and producers.

Partnering to create inclusive food systems
70 percent of the world's poorest people live in rural areas, where agriculture is their main source of livelihood. If we want agriculture to fulfil its potential and meet food security needs of rich and poor alike, our food systems need to be more inclusive of smallholder farmers.
One way to do this is to work towards public, private, producer partnerships (the 4Ps).

Partnering with the private sector and leveraging its vast resources to reduce poverty is a central theme of the post-2015 development agenda.
But while private sector investment in rural areas is already a reality and has great potential to spur development, it is not a panacea, it is not automatic and it can only work in tandem with actions by the public sector, which plays an equally critical role. Above all, investment has to actively involve rural people themselves.

IFAD's experience has shown that putting people at the centre of development is essential.

When inclusive investment models link farmers, public entities and larger businesses through 4P partnerships that explicitly take into account the needs and rights of smallholder farmers, sustainable benefits are realized by all parties: enhanced livelihoods, environmental sustainability, and profits – for both farmers and larger private operators.

Linking smallholder farmers in Nicaragua to markets
The IFAD-funded project Adapting to Changing Markets and the Effects of Climate Change (NICADAPTA) is an example of public, private, producer partnerships.

In Nicaragua's tropical lowlands 22,000 cocoa farmers are now increasing the quantity and, above all, the quality of the cocoa beans they produce.
NICADAPTA links smallholder farmers, private companies and the Nicaraguan government and has been a catalyst for in a win-win partnership where:

Thanks to this intervention, smallholder cocoa producers in Nicaragua are able to sell larger quantities of cocoa, obtain higher prices and export most of their harvest.

Bringing the private sector on board
Building "institutions of the rural poor" and facilitating their access to assets – both in the shape of finance and basic infrastructure – has been the target of IFAD-funded projects and programmes since the seventies.
Through this work, IFAD has gained the trust of hundreds of thousands of smallholder farmers all across the world.

IFAD's operating model calls for constant dialogue with national governments and regional and local authorities. All parties are actively involved both in the design and implementation of projects and on policy engagement activities are aimed at creating a positive regulatory environment for enabling people to overcome poverty.

Over the last few years, IFAD has incorporated the private sector in its business model. In the past many private companies were reluctant to establish business relationships with smallholder farmers in developing countries, as they considered this type of partnership risky and costly. Today the tide is turning.

Private companies have realised that the 500 million family farms– representing some two billion people, both consumers and producers – are an untapped market and have started courting them. As a result, private sector investment has become one of the engines for rural economic growth.
IFAD is connecting producers, the private sector, governments and other players in the agricultural and rural sectors so that everyone can benefit from such partnership.

Leveraging private resources to scale-up development
As private sector companies, both at domestic and global levels, are increasingly interested in sourcing their supplies from small producers, there is a need for a 4P funding mechanism to support the emergence of 4Ps along value-chains on a more systematic basis.

The 4P funding mechanism improves the livelihood of poor smallholders through the promotion of private sector investments and access to markets.
The approach works as a "pull" mechanism to finance business plans jointly submitted by private companies and farmers organizations in which they propose to enter into a partnership agreement where both parties take risks, invest and share the benefits.

It also takes into account the viability of working with smallholder farmers as part of the private company's normal business; thus building a viable  partnership between all sides.

Partnerships for rural transformation
IFAD has learnt many lessons from its experience of bringing together producers', private companies' and public sector's interests.
One of the most important lessons is building trust between and among stakeholders.

A trustworthy relationship will allow private companies and smallholder and family farmers to set up joint business plans, where both parties take risks, invest and share the benefits.

Only trust can make governments  address "market failures" where the perceived high risks and transaction costs of working with small producers are preventing private companies from forging market-based business relationships.

As world leaders gather at the Ffd conference in Addis this week, it is imperative that investing in partnerships with smallholder producers remains front and center.