First, it looks at the determinants of technology adoption are examined in a dynamic setting that allows for state dependence, in the adoption decision process. The analysis shows that previous adoption is very important in explaining contemporary adoption.

Then, it examines the impact of improved maize seeds adoption on welfare, notably consumption-expenditure, poverty, and agricultural outcomes such as yields.

One major policy recommendation arising from this study is that extension services need to be better suited to address the volatility of the agricultural context where smallholders operate. Such extension support needs to be timely and tailored to the local context and the needs of rural smallholders in order to properly address their vulnerability and liquidity constraints, which prevent them from fully making a long-term profit from the substantial benefits of this technology. 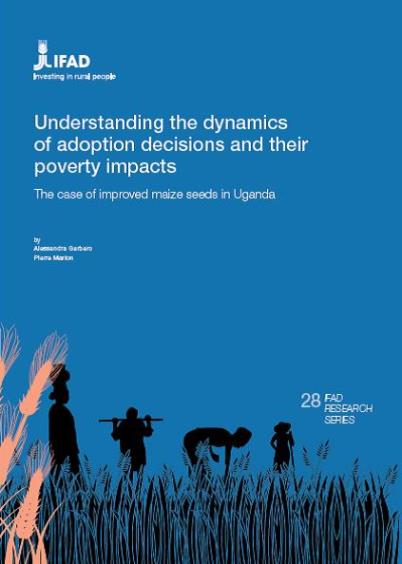