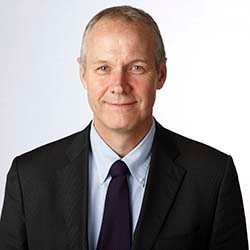 IFAD is the only international institution mandated exclusively to help reduce poverty and food insecurity in rural areas of developing countries. Viet Nam has developed rapidly its economy during the last two decades and met its immediate needs in terms national food security and income growth. IFAD has adapted its development strategies for Viet Nam from focusing on boosting agricultural production to commercialisation and sustainability of the smallholder dominated agricultural sector.

With 25 years of a successful partnerships in Viet Nam, IFAD is now focussing on the scaling up of successful interventions across the country through evidence-based policy dialogue and strategic partnership with private sector, government of Viet Nam, civil society and other partners.

Viet Nam is well known as one of the emerging markets in Southeast Asia. Its economic growth rate in the last decade have been impressive and poverty decline even faster than  in China. Viet Nam’s exports have grown and surpassed the total value of its GDP. Government policies promote a business friendly approach especially for foreign development investments by reducing administrative bottlenecks.

On its development path, 4Viet Nam is facing a few challenges such as generating employment for its rapidly growing population - 96 million today – and especially the young people, as half of the population are less than 35 years old and about 70 percent live in rural areas. It is encouraging to note that Viet Nam has become a hub for foreign investment and manufacturing in Southeast Asia. Well-known electronic companies from Korea and Japan and many European and American apparel makers have set up manufactures in the country. By 2017, Viet Nam was the largest exporter of clothing in the South East Asia region and the second largest exporter of electronics (after Singapore).

In view of the successes noted above, it comes without surprise that the country is at crossroads as regards the mobilisation of overseas development assistance and finance. The Viet Namese government requests support that bring innovations, also to the agricultural sector.

Particularly, the government aims to strengthen the adaptive capacity to address a major threat that climate change poses for the future. Another urgent need is to boost the business mentality and capacities among its smallholder farmers.

Climate change threatens the natural resources base across the world and especially vulnerable developing countries. As one of the countries most impacted by climate change, Viet Nam needs to address climate change fast and effectively in order to sustain its economic growth and social development pathways.

Climate change can accelerate ecosystem degradation and make agriculture more risky. Smallholder farmers, who are critical to national food security, are facing more frequently extreme weather. Small-scale farmers are affected by droughts, floods and storms, at the same time as they suffer the gradual effects of climate change, such as water stress in crops and livestock, coastal erosion from rising sea levels and unpredictable pest infestations.

Smallholder farmers and their families are particularly vulnerable because they have few assets to fall back on and limited ability to recover from climate extremes. Exposure to climate shocks can trap smallholder farmers in poverty and undermine their efforts to escape from it.

Viet Nam ranks sixth globallyin terms of climate vulnerability, which is the highest of any ASEAN country. Both agricultural sector and rural poverty alleviation efforts are jeopardised by extreme, adverse weather events due to climate change that has led to, among others, sea level rise and warming temperatures

These effects have been reality in several parts of Viet Nam for the last years. Increasing the resilience of smallholder farmers therefore has become a very urgent matter. IFAD has taken on the challenges and support the Viet Namese government. Since climate change undermines poverty reduction and development gains, IFAD has focused on mainstreaming of climate change adaptation in smallholder agriculture across its investment programmes.

IFAD works closely with poor rural people in Viet Nam, most of whom are smallholder farmers, ethnic people, cooperatives, women groups and small entrepreneurs who depend on agriculture for their livelihoods. IFAD draws on its experience around the world to assist these people to adapt to climate change. Through loans and grant-funded interventions, IFAD is addressing declining crop yields and similar issues caused by changes in temperature, rainfall and sea level rise due to climate change.

Adaptation with IFAD’s intervention includes all activities that help people and ecosystems reduce their vulnerability to the impact of climate change and that minimize the costs of natural disasters. There is no size fit all way to adapt; specific measures need to be tailored to specific contexts.

Implementing sustainable agricultural practices is more important now than ever. as managers of land, water and forests, smallholder farmers do have an important role to play in mitigation measures.

The smallholder farmers can contribute by using better agricultural practices, adopting better land use practices such as conservation agriculture, agroforestry and rehabilitation of degraded crop and pasture land, which would also help to fix significant amounts of carbon in the soil. This is the case with Ben Tre and Tra Vinh of Viet Nam’s Mekong Delta where IFAD introduced Farmer Field Schools, adoption of agribusiness diversification and farmer to farmer training.

In coastal provinces such as Ha Tinh and Quang Binh, where impacts of climate change are significant with drought and flood, IFAD has deployed climate change packages selected through the Participatory Action Research to help reduce associated risk and prepare communities for projected climate change impacts. Based on the identified models, capacity building activities are delivered to improve knowledge and skills of smallholders in application of the packages.

More than 186,000 people, of which some 40 per cent were women, were trained on climate change adaptation approaches and technologies. IFAD has been actively promoting innovation and scale up of the successful models nation-wide.

IFAD introduced a co-finance mechanism for climate smart agriculture and value chains were introduced in 11 provinces in Viet Nam. These co-investments can cover up to 50 per cent of the costs of investments. They innovative smallholder farmers to switch on a competitive basis to a sustainable, climate-adapted and commercially viable production system. Several thousands pro-poor climate resilient farming packages have been adopted due to IFAD’s investments.

Going forward, IFAD will continue to target smallholders and propose innovative approaches in underserved areas, those that are impacted by climate change. Evolving financial instruments enable IFAD to effectively promote innovative processes and investment instruments for rural development to underpin the fast-paced socio-economic growth and development in the country, whilst taking climate into account.

In support of climate relevant policy development, IFAD will link its investments in rural infrastructure with Government and other grant finance to obtain technical assistance and promote capacity building.

Climate change may affect Viet Nam even more in the future, but it poses a particular risk to development and poverty reduction, and hence, to the achievement of the United Nations Sustainable Development Goals to 2030. Climate change adaptation is crucial, and our efforts will be more effective if we recognize poor rural people and smallholder farmers as effective custodians of the natural resources , and ensure that they have access to finance, knowledge , land and technology in order to cope with climate change and become part of the solution.