The Report on IFAD’s Development Effectiveness (RIDE) is the principal mechanism for communicating the Fund’s performance to its governing bodies. Its main purpose is to provide a succinct account of progress relative to targets and commitments to be fulfilled by 2015, embodied in the Results Measurement Framework (RMF) and commitment matrix of the Ninth Replenishment of IFAD’s Resources (IFAD9). The RIDE also reviews implementation progress relative to the IFAD Policy on Gender Equality and Women’s Empowerment, the Adaptation for Smallholder Agriculture Programme (ASAP), the quality assurance of IFAD’s projects and programmes, and the Istanbul Programme of Action for the Least Developed Countries. This year’s edition of the RIDE bears three innovations: a greater focus on strengths, weakness and remedial actions following comments by the Independent Office of Evaluation of IFAD (IOE) on last year’s RIDE; 2 a colour-coded system to better visualize results; 3 and a status update on the implementation of IFAD9 commitments. While this year’s edition of the RIDE does not represent a full-term report for the IFAD9 period, the overall direction of IFAD’s performance is clear. The full report for the IFAD9 period will be presented in next year’s RIDE. 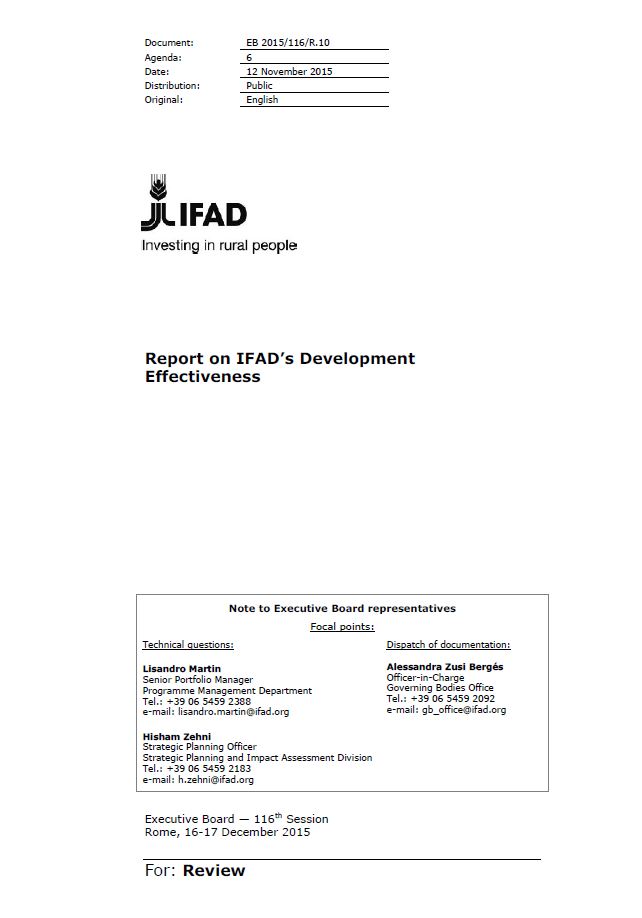