Every community, no matter how neglected or remote, has one tremendous resource: its people

Three quarters of the poorest people in the world live in the rural areas of developing countries. Most of them depend on agriculture for their livelihoods.

Climate change, a growing global population, and volatile food and energy prices have the potential to push millions more vulnerable people into extreme poverty and hunger by 2030.

At the International Fund for Agricultural Development (IFAD) we invest in rural people, empowering them to increase their food security, improve the nutrition of their families and increase their incomes. We help them build resilience, expand their businesses and take charge of their own development.

IFAD is an international financial institution and specialized United Nations agency based in Rome, the UN’s food and agriculture hub. Since 1978, we have provided US$23.2 billion in grants and low-interest loans to projects that have reached an estimated 518 million people. 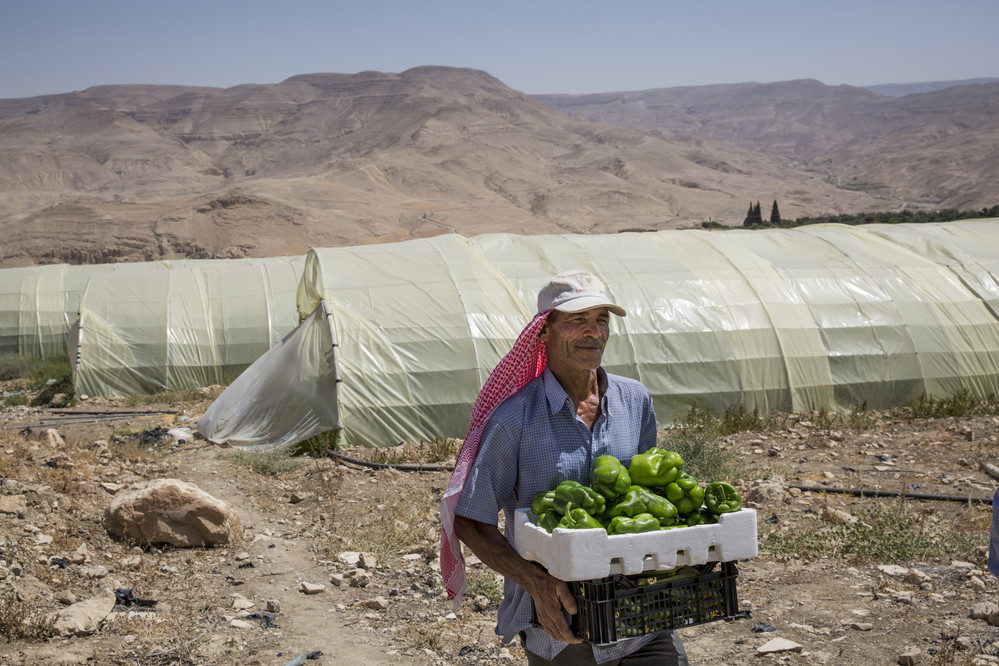 An agricultural worker picks vegetables from an IFAD-supported greenhouse in a remote rural area of Jordan. Agriculture is key to solving some of the world's most pressing problems, from hunger and poverty to migration to climate change and conflict. ©IFAD/Ivor Prickett/Panos

With a growing global population that will exceed 9 billion by 2050, a widening gap between rich and poor, and growing competition for resources, the major issues facing humanity cannot wait.

IFAD works where poverty and hunger are deepest: in the most remote regions of developing countries and fragile situations, where few development agencies venture.

We’ve developed a cost-effective, people-centred and partnership-oriented approach that delivers results. Small-scale agriculture is central to our development model, which connects farmers and poor rural women and men to markets and services so they can grow more and earn more.

IFAD-supported projects have shown that − with access to finance, markets, technology and information − rural people can lift themselves out of poverty.

But our work does more than help rural people grow and earn more. It also promotes gender equality and inclusiveness, builds the capacity of local organizations and communities, and strengthens resilience to climate change.

By advocating for poor rural people and financing projects that transform rural areas, our work is critical to the achievement of the 2030 Agenda for Sustainable Development.

The world’s 734 million poorest people live on less than US$1.90 a day. Many are farmers who rely on small plots of land (about one to two hectares) for their food and income.

Women are major contributors to agriculture and rural economies, yet they have significantly less access than men to services, markets, and assets, including land.

Smallholder farmers and other rural people bear the brunt of climate change. Rising sea levels and more intense droughts, storms and floods are putting pressure on the ecosystems farmers depend on.

February 2022
This infographic presents highlights of IFAD’s work in 2021.

IFAD at a glance