Recognized as a Champion for Change by the Center for Native American Youth and a Culture of Health Leader by the Robert Wood Johnson Foundation, Mariah Gladstone is the founder of Indigikitchen and a passionate advocate for indigenous peoples’ rights and ancestral knowledge.

After completing a degree in environmental engineering at Columbia University, Gladstone decided to dedicate her efforts to celebrating traditional indigenous recipes and ingredients. She does so through Indigikitchen, an online cooking show focused on the importance of preserving the cultural richness of pre-contact foods: those that predate the interaction between settlers and Native American peoples. Through her recipes, she invites viewers to “indigenize” their diets – and fill them with nutrients – all while strengthening cultural ties.

In 2017, she gave a TEDx talk, “Healing from trauma through traditional foodways,” that described her mission through Indigikitchen as well as the connection between improving diet and preserving the environment.

Currently, she is completing her master’s degree in coupled natural and human systems at the State University of New York’s College of Environmental Science and Forestry.

A member of the Blackfeet Cherokee people, she is also an active member of the UN Global Indigenous Youth Caucus, where she represents indigenous peoples’ rights and works to strengthen the global network of indigenous youth. 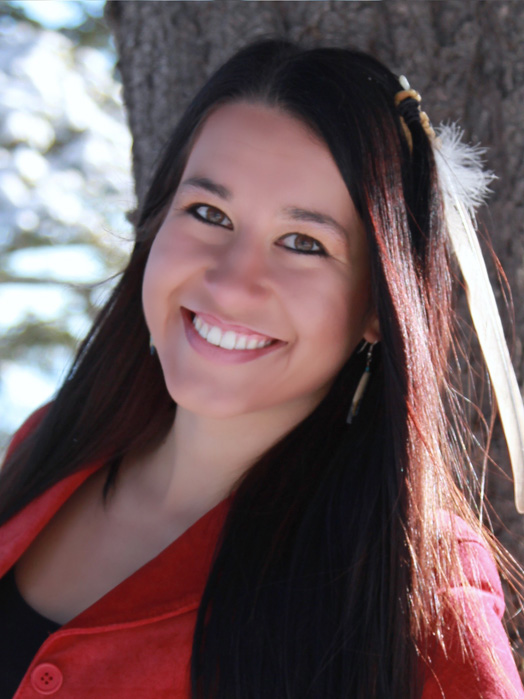