It is well recognized that with higher incomes and urbanization, patterns of demand for food change and expand – potentially creating new opportunities for food producers in many of today’s developing countries. It is not always equally well recognized that much of the urban expansion involves the growth of (often previously rural) towns, with these settlements retaining many of their rural characteristics.

The continued prevalence of small-scale farming in local livelihoods – albeit increasingly buttressed by increasingly dynamic non-farm sectors – remains a feature of many of these so-called “urban” settlements. Notably, small towns and cities of less than 500,000 inhabitants now represent the largest share of the global urban population, with the majority of the projected urban growth in the decades ahead to be absorbed by these centres. 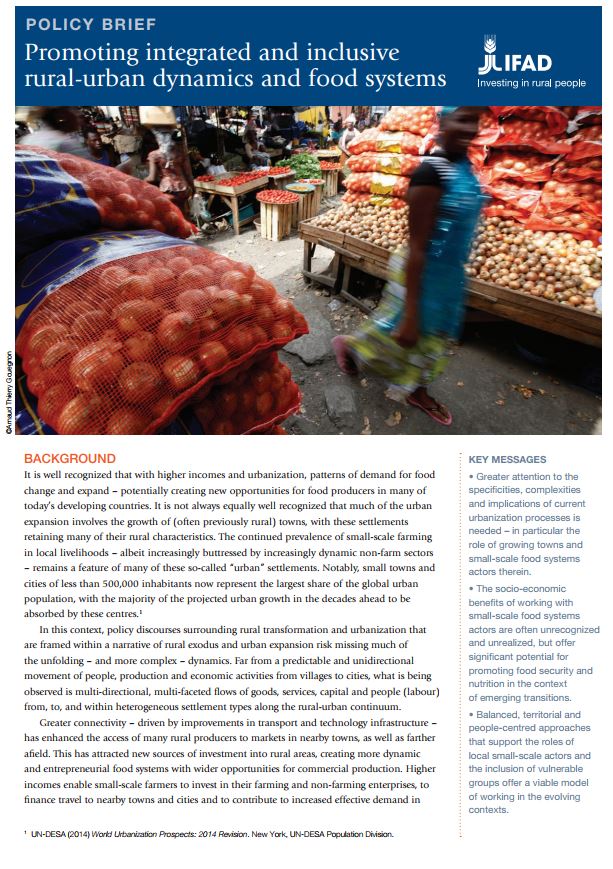