The Office of Audit and Oversight (AUO) and its Investigation Section (IS) are mandated to investigate alleged irregular practices in IFAD activities and operations. This mandate stems from the AUO Charter, the IFAD Human Resources rules and Code of Conduct, and the IFAD Policy on Preventing Fraud and Corruption in its Activities and Operations. IFAD’s investigative and anticorruption activities aim to ensure that development funds reach intended beneficiaries in the most efficient, effective and transparent manner possible and that IFAD staff adhere to the ethical and integrity standards set by the Fund. The number of new complaints received in 2013 was slightly higher than in 2012 (39 against 33 in 2012). There was an increase in the number of external fraud allegations, particularly in procurement, as well as in the number of staff-related cases. In 2013, AUO successfully closed 41 cases, including several complex allegations, and disciplinary measures or sanctions were applied in six cases: five internal and one external. 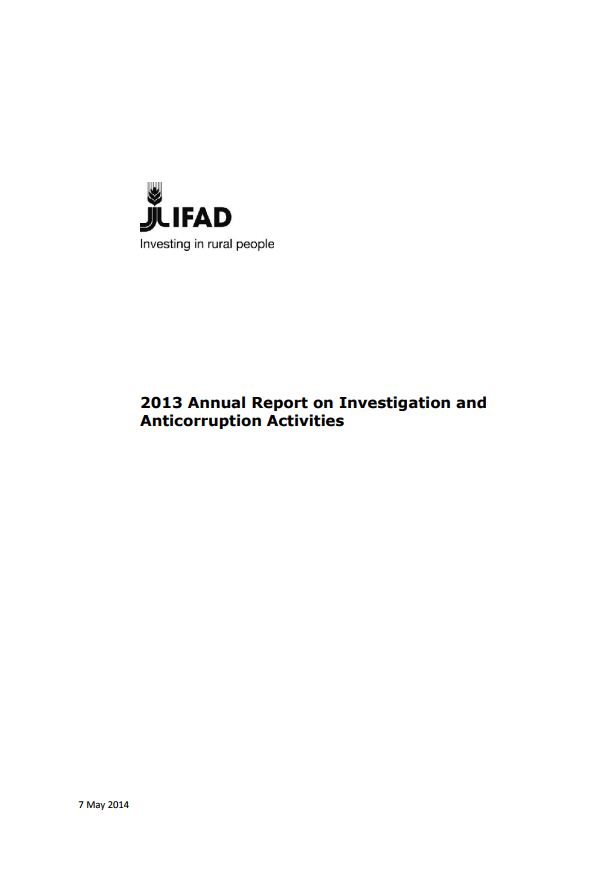