With a population of 92 million, Ethiopia is the second most populous country in sub-Saharan Africa and one of the world’s fastest-growing economies, with consistent growth averaging more than 10 per cent over the last ten years. Per capita income is, however, markedly lower than the average for developing countries in sub-Saharan Africa as a whole (US$400 compared with US$1,547 per capita per year).1 Much of Ethiopia’s growth is attributable to the agricultural sector, which accounts for about 45 per cent of GDP, almost 90 per cent of exports and 85 per cent of employment. About 90 per cent of the agricultural land under cultivation is devoted to subsistence agriculture. Livestock and livestock products are important in Ethiopia and contribute about 10 per cent of the country’s foreign exchange earnings, with hides and skins constituting about 90 per cent of this. 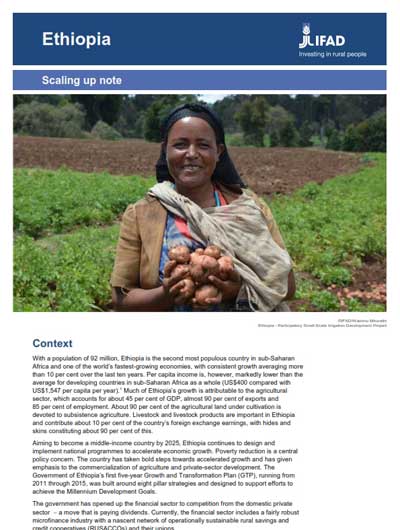